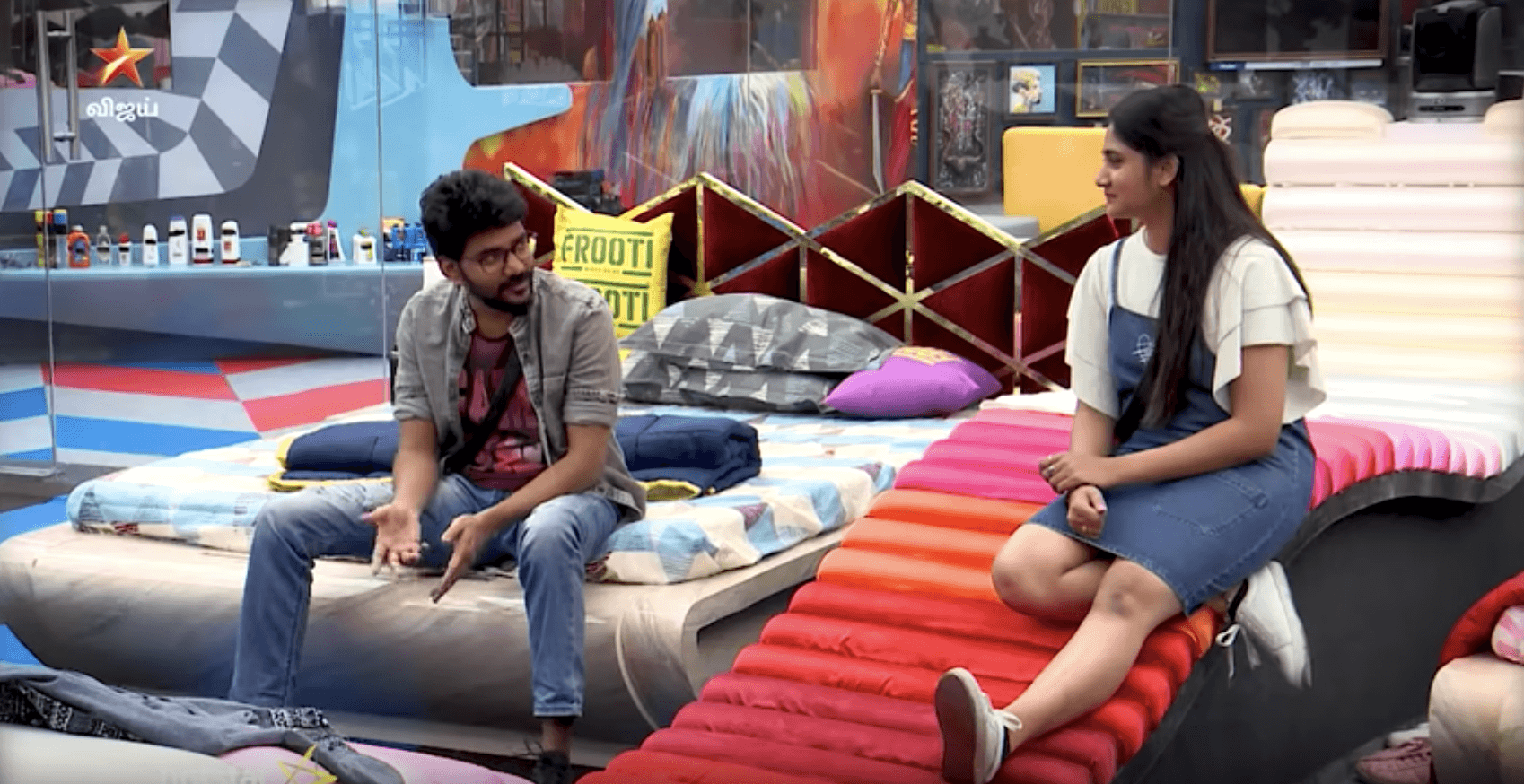 We have earlier posted about how the members of five members gang Mugen and Tharshan betrayed Kavin by nominating him for this week’s elimination, the second promo shows Losliya blaming herself for Kavin’s Nomination. She says they have nominated Kavin for eviction to prevent him from staying with her, Kavin acknowledges the same and even said he knew this would happen this week.


Kavin said those guys are nominating me because they wanted to save you from me and hence this is bound to happen. He even accuses them saying they will enjoy without him in the Bigg Boss house. Losliya told Kavin not to change his nature of thinking good for others which he acknowledged yesterday is his nature. She asks Kavin to fight with her but Kavin says if he fights she will not play the game and get disturbed.

Do you guys think the love between Kavin and Losliya have increased after yesterday’s confrontation by Kamal Hassan, comment below. Here is the promo video 2