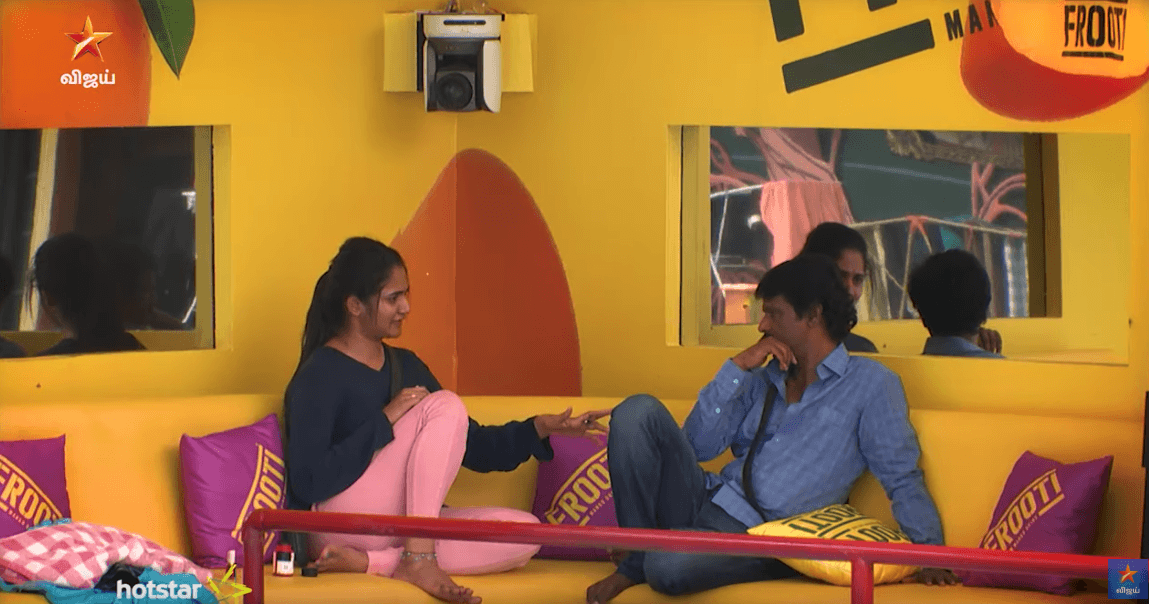 Bigg Boss Tamil season 3 in the midst of huge controversy due to Madhumitha suicide and police complaint issues has some good father-daughter moment between Losliya and Cheran in today’s new promo. This being Day 60 and the contestants knowing each other well are discussing about good and bad things of each other. Losliya during a private chat with Cheran shares why she likes Kavin so much. She says he has stood for her in certain issues, Cheran questions her back if she is closer to Kavin now than before. She replied previously I just liked him as a friend but now I like him much more than that. She further adds that even Kavin says he likes her for real, she says she doesn’t bother what the world thinks of her and Kavin. She further says that she is standing up for Kavin as he stood up for her in many occasions and the next step will be decided only after she goes out of the show.

Losliya loves Kavin or not?

So this promo shows that Losliya is still contemplating if she is love with Kavin or not and it will be decided later, Also it looks like she has patched up with Cheran whom she thinks as a fatherly figure after her backstabbing incident where she nominated him in this week’s elimination.

Will Cheran get eliminated this weekend?

Even though Losliya nominated Cheran for elimination she will definitely regret her decision if he gets eliminated, as she is really close with him and treats him as her own father. We hope that the beautify father-daughter relationship continues for more weeks to come. What you guys think? Share in the comments section below.