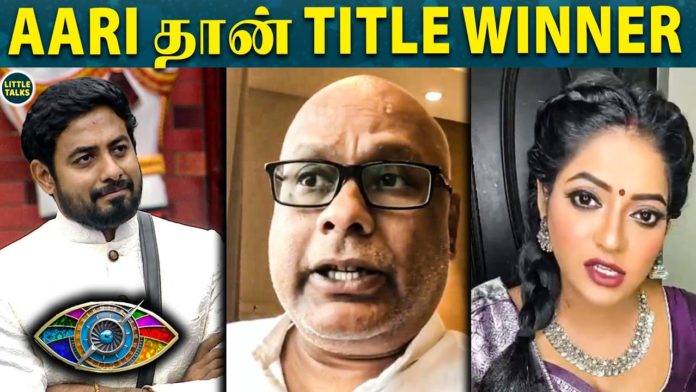 The Bigg Boss show is in full swing with many twists and turns. In this situation, today is the 89th day, and the competitors have completed the final journey. In this case, it is customary for fans to wait for each season’s last freeze task where family members of the housemate come inside Bigg Boss house to offer support to the contestants. That’s how the Freeze Task for this season took place this week.

Similarly, there was a fierce confrontation between Balaji and Aari. Disagreements also increased between Ramya and Aari. In this case, it can be said that this week was full of violence and emotions.

It is safe to say that many admire Aari for being honest, hardworking, and intelligent. You can also see that many people have been posting in support of him in the last week. Famous actress and Vijay TV celebrity Reshma Pasupuleti has posted a post on this. She said, “My support is for Aari. He will win the title this time. This is my prediction.” Many fans have been very supportive of this post and have been commenting on what she said.

It must be noted that Reshma was one of the contestants of Bigg Boss Tamil season 3.