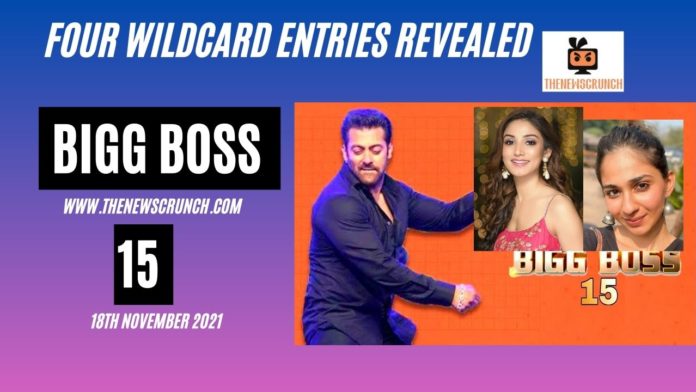 According to confirmed reports, Donal Bisht and Vidhi Pandya are set to return to Bigg Boss 15 as wildcard entries. Vidhi suffered a shocking midweek eviction while the cries to bring back Donal into Bigg Boss 15 was imminent. Apart from these two evicted contestants as wildcards, there are high chances of Shivin Narang and Karan Nath (evicted in the first couple of weeks) entering as wildcards.

Shivin is a good friend of Tejaswi and this could turn the tables against Karan Kundra. However, the VIP room drama is all set to see interesting new twists this week as the wildcard entries are announced.