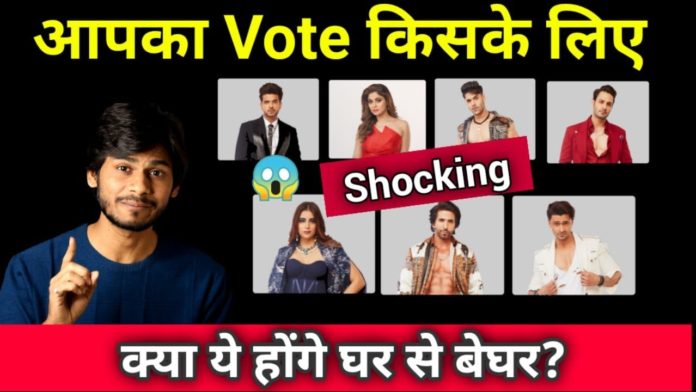 Bigg Boss created an illusion room for the nominated members of the house and gave four of the eight members a chance to enter this room with mutual consent and with this, Bigg Boss also announced that the four members of the house would be in this illusion room. They can secure themselves from nomination, and with this, the member they are nominating will not get that chance to go inside and nominate or secure themselves.

The contestants who went to this illusion room were Shamita Shetty, Karan Kundra and Afsana Khan. Shamita Shetty went first to this room. When Bigg Boss allowed her to nominate someone else by saving herself, Shamita, nominating herself, sprayed red on her face and stated that she wanted everyone to get a chance.

After Shamita Shetty, Karan Kundra went to the illusion room, and he, too, nominated himself. After Karan, Afsana Khan went to the room, and she changed the whole game. Though the family members tried to stop them, Afsana went inside and, protecting herself, nominated Vishal to be evicted from the house, after which Vishal lost his chance to enter.

After Afsana, one more member of the house had to go to the illusion room, including Umar Riaz, Ishaan Sehgal, Simba Nagpal and Maisha Iyer. But all these four could not reach any suggestion and cancelled the task, after which the contestants of Bigg Boss had to face displeasure once again.

Not four out of 8 but only one contestant Afsana Khan managed to secure herself in the third week of Bigg Boss 15. After the cancellation of this task by Bigg Boss, the remaining seven members were directly nominated by Bigg Boss.

How to vote for Bigg Boss 15 contestants?

Also, Vote at The NewsCrunch unofficial voting poll to share your support for your favourite Bigg Boss 15 contestant.