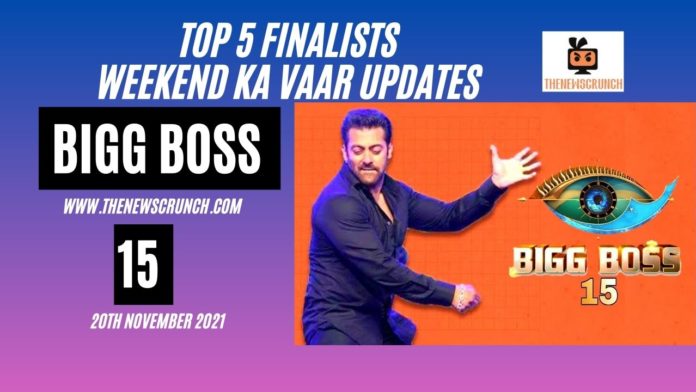 Bigg Boss 15 enters a critical phase in the competition as the reality show poses a shocking twist in the upcoming week. After seven weeks of action, drama, the makers are desperate to boost the dwindling TRPs. As a result, challengers are introduced as wildcards in Bigg Boss 14 this week. No audience voting for eliminations took place while the top 5 finalists will be announced on Monday.

A massive elimination is set to take place in the Bigg Boss 15 house as the contestants grapple for entering the top 5 finalists of Bigg Boss 15.

John Abraham, Diya Khosla Kumar, Mahima, Ayush, Bharti and Harsh will be the special guests for Bigg Boss 15 this week. However, the limelight shifts to the suspense filled multiple evictions this week. The wildcard entries will spice up things as the top five finalists will give a tough competition. Karan, Tejaswi, Pratik and Shamita are confirmed finalists while Jay or Nishant will fill the top 5 slots.