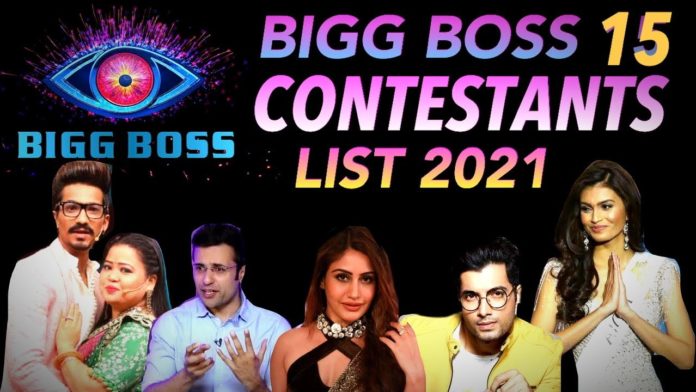 In the finale of Bigg Boss 14, Salman Khan announced that the Commoners would also be a part of the show in the 15th season. So this season, we celebs and common people will be seen in Bigg Boss house. The audience loves the Bigg Boss show. In February this year, Bigg Boss 14 ended, whose winner was Rubina Dilaik.

Now the fans are waiting for the 15th season of the show, and in the meantime, some updates have been revealed about the upcoming season. The audition process of the show started in February itself. The audition process for Bigg Boss 15 started on 22 February and will run till 31 May 2021. Makers want interesting contestants in the show, so whoever feels perfect for the show can shoot and send their audition video.

To register, you have to download the Voot app or register by going to www.voot.com. You will be asked for some details such as name, mobile number, email address, and audition video in the registration form. You must be above 18 for this audition. The video should not be larger than 5 minutes and should not be more than 50 MB.

Bigg Boss 15 Premiere date
Currently, the date of the premiere of Bigg Boss 15 is being told in October 2021. However, the date is not finalized yet.
Contestants

According to the reports of Spotboye, this time, the makers want to bring ex-couples to the show and commoners who may come as a pair. Apart from this, the names of contestants who have come out are

Divyanka Tripathi-Vivek Dahiya
Divyanka is currently in Cape Town to participate in Khatron Ke Khiladi 11. The makers approached both. Although the couple has said yes to the show or not, there is no confirmation of it.

Neha Marda
Neha Marda, who worked in Balika Vadhu, recently confirmed that she had been approached for Bigg Boss 15. Neha says that she is giving a mini-trial to Bigg Boss house because of shooting in Bio Bubble. He said, if I go to Bigg Boss after this experience, I will be a strong contender, and I can win the show.

Sanya Irani
Sanya Irani can also be seen in this show. The actress has also received an offer for this show.