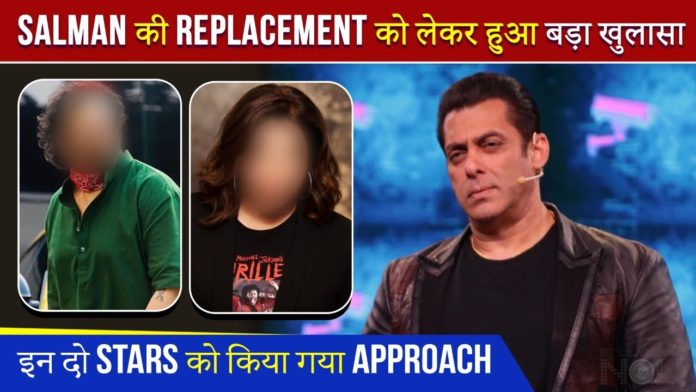 The country’s most famous TV reality show ‘Bigg Boss 15’ is all set to be made bigger and better this time. It has already been revealed that this time ‘Bigg Boss 15’ will be started on the ‘Voot’ app before the telecast on TV. In the name of Bigg Boss OTT, this show will start on 8th August. ‘The Khabri’ had already reported that Salman Khan would not host ‘Bigg Boss OTT.’ Now, instead of Salman Khan, Rohit Shetty and Farah Khan have been approached to host OTT.

Preparation to send contestants to quarantine
It is being told that soon the commoners who participate in ‘Bigg Boss OTT’ will also be sent to Quarantine. According to the information that has come out about the show, Salman Khan will host ‘Bigg Boss 15’ to be aired on TV. Whereas before that, there will be another host for the show on OTT for six weeks. Not only this, ‘Bigg Boss’ on OTT will be from commoners, i.e., common contestants; there will be no celebrity in it. ‘Bigg Boss 15’ will start with 6 of these commoners and many celebrities on TV. This time there are discussions about taking part in the show from Riya Chakraborty to Disha Vakani.

Commoners will get some extra powers
On the other hand, ‘Bigg Boss 15’ will also give some extra powers to the commoners. In this, from nominating a contestant directly to ‘homeless from home,’ it will also have the right to save the nominated contestant. This is the second time common people are also being given space in the show apart from celebrities. Earlier this work was done in ‘Bigg Boss 10’. Then Manveer Gurjar became the winner of the show, who was a commoner.