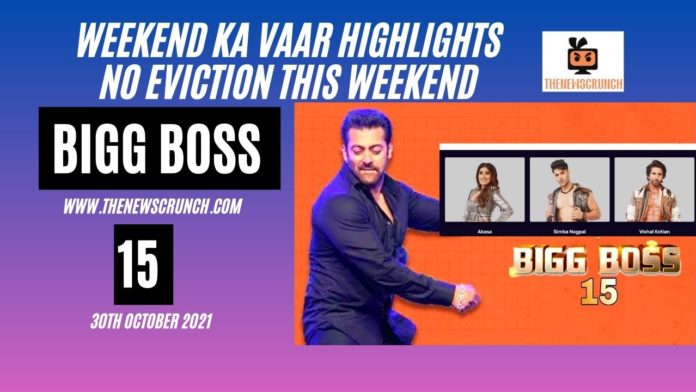 Bigg Boss 15 concludes its fourth week amidst all the fights, drama, and controversies. However, the Weekend ka Vaar looks promising this weekend considering the number of enthralling special events. Diwali special episodes and the elimination announcement take the limelight from the proceedings in the Bigg Boss 15 house.

According to reports, no elimination will take place this weekend. Three contestants are nominated for this week’s elimination. However, the voting trends for the week 4 elimination indicate the possibility of Simba or Vishal’s eviction. The host Salman Khan will also announce the entry of the two wildcards in Bigg Boss 15 house.