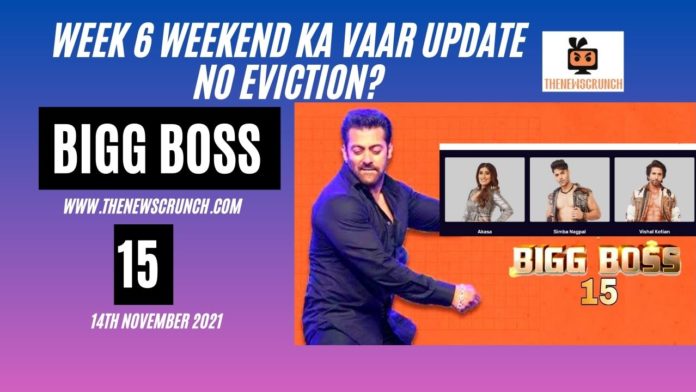 Bigg Boss 15 concludes its sixth week amidst all the fights, action, and fiery twists. However, the Weekend ka Vaar looks crisp this weekend considering the number of fantastic fights. Afsana Khan is evicted from the Bigg Boss 15 house as the drama unfolded. Hence, no elimination will take place in Bigg Boss 15 weekend ka vaar this weekend.

Miesha and Ieshan were eliminated last weekend. However, Neha Bhasin possessed least votes for week 6 elimination. However, Afsana Khan’s exit is expected to save Neha Bhasin for this week. The host Salman Khan will announce the entry of one more wildcard in Bigg Boss 15 house next week.