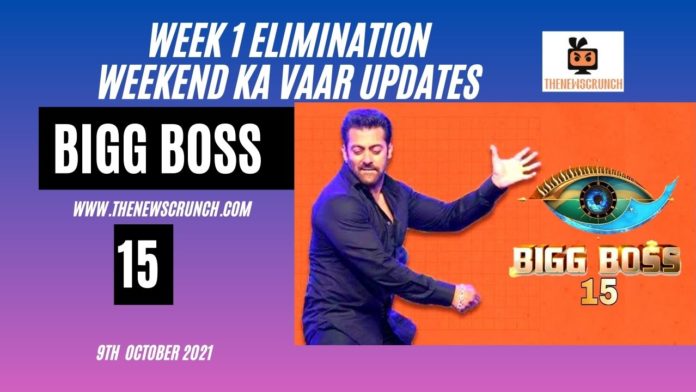 Bigg Boss 15 completed its first week amidst high voltage drama, fights, and a highly fragile environment in the jungle. Shamita became the first captain of Bigg Boss 15’s ‘junglewasis’ who took the role of living in the jungle quite literally. The first elimination of Bigg Boss 15 will be announced by host Salman Khan this weekend.

Bigg Boss 15’s first-weekend ka Vaar promises to be a cracker thanks to the number of heated incidents in the house. The popular contestants of Bigg Boss 15 are locking horns to gain initial traction inside the Bigg Boss 15 house. However, the limelight shifts to the first eviction of Bigg Boss 15.

The first week’s nomination for elimination witnessed all the contestants entering the eviction danger race. The audience’s votes also reflected on the fan following for a few contestants. However, Pratik’s blunder caused the nomination punishment form Bigg Boss.

However, Sahil Shroff received the least votes is hence, the first elimination of Bigg Boss 15.