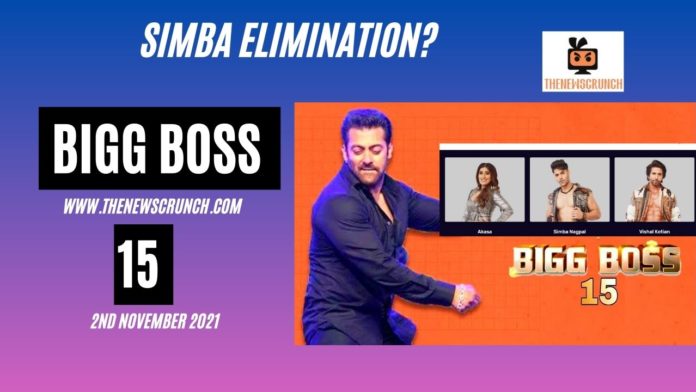 Bigg Boss 15 is making the news for its fiery fights, drama and controversies. As the show steps into the fifth week, a massive fight erupted in the Bigg Boss 15 house. Four contestants are safe from nominations this week while the remaining eight contestants are fighting in a task. The voting lines are yet to open.

Housemates like Shamita supported Simba Nagpal while a few others supported Umar Riaz. The fan base which Umar accumulated is huge and there are massive cries in social media to evict Simba Nagpal. However, a section of Bigg Boss 15 fans are supporting Simba Nagpal as Umar used abusive words against his Simba’s mother.

Twitter is flooding with cries to evict Simba Nagpal due to his act of physical violence. It will be interesting to see if Simba Nagpal is evicted from the Bigg Boss 15 house in today’s episode. If that happens, Bigg Boss 15 will witness a twist in the voting results for Bigg Boss 15 week 5 eviction.