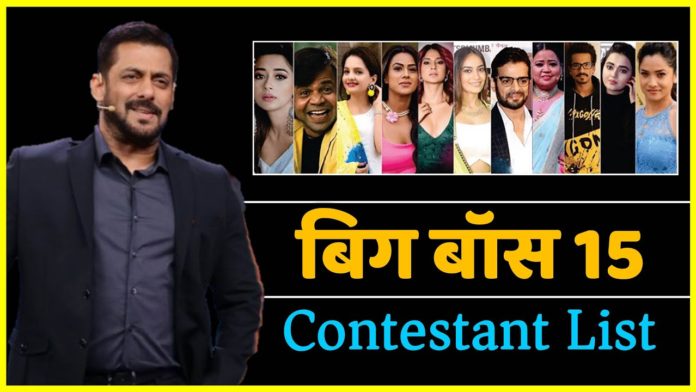 The preparations for the 15th season of the TV reality show ‘Bigg Boss’ are in full swing. Salman Khan has launched the promo of the OTT version of this show. The names of the potential contestants of the show have also started appearing. These include the names of Riddhima Pandit, Arjun Bijlani, Riya Chakraborty and Disha Vakani and others.

The preparations for the 15th season of the reality show ‘Bigg Boss’, which is in the headlines due to controversies, have started. This time the show will be streamed on the OTT platform Voot before airing it on TV. After 6 weeks of streaming here, the show will be brought on TV with Salman Khan hosting it. Recently, Salman has launched the promo of the OTT version of ‘Bigg Boss 15’. This time in the list of possible contestants in the show, the names of artists like Arjun Bijlani, Riddhima Pandit, Disha Vakani, Riya Chakraborty are there.


A recent report has claimed that the team of ‘Bigg Boss’ has contacted actress Riddhima Pandit, who was seen in the serial ‘Bahu Hamari Rajinikanth’. These days the actress is away from the world of TV. His fans are very excited by the news of his return.


Actor Arjun Bijlani, who is seen in ‘Khatron Ke Khiladi 11’, has also been approached by the team of ‘Bigg Boss’. Reports say that Arjun has taken this proposal seriously.


Reports say that actress Rhea Chakraborty, who came into controversy over the death of late actor Sushant Singh Rajput, has also been approached by ‘Bigg Boss’. If Riya’s entry is made in this show, then it can be a win-win deal for the makers because with Riya’s joining, the show will be able to remain in the limelight.


Actress Disha Vakani, who became popular with ‘Taarak Mehta Ka Ooltah Chashmah’, has been in discussions ever since ‘Bigg Boss 14’ ended and the names of the actors coming in the 15th season were being speculated.


Comedian and actor Krushna Abhishek is also being named among the potential contestants. Right now his show ‘The Kapil Sharma Show’ is about to come back. Krishna has not ruled out coming in ‘Bigg Boss’. However, his entry will depend on how he will be able to take out time from his regular show.

Apart from these 5 actors, the names Neha Marda, Surbhi Chandna, Jennifer Winget, Amit Tandon, Anusha Dandekar, Divya Aggarwal are also among the possible contestants. The final list of contestants will be released soon by Bigg Boss.