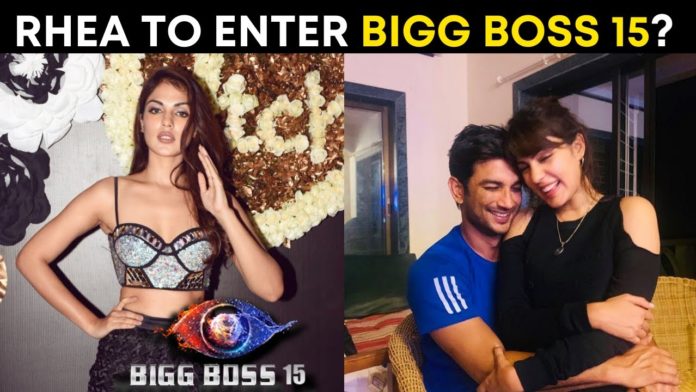 After ‘Bigg Boss 14’, now the preparations have started for Bigg Boss 15. The team of the show is engaged in contacting the potential contestants. According to a report, Rhea Chakraborty, comedian Krushna Abhishek, and others have been approached for the upcoming season.

Salman Khan-hosted reality show ‘Bigg Boss,’ whether airing or not, remains in the news for some reason. ‘Bigg Boss’ is discussed throughout the year about the upcoming season after the show is over, about the potential contestants before the show starts, about the controversies during the show. It is now reported that actress Rhea Chakraborty will be a part of ‘Bigg Boss 15’. Apart from Rhea Chakraborty, the names Krushna Abhishek, Surbhi Chandna, Disha Parmar, Neha Sharma, and others have also surfaced.

Rhea Chakraborty name surfaced
After season 14 of the reality show ‘Bigg Boss,’ the potential contestants are now being approached for the 15th season. There are reports of many TV stars getting offers from ‘Bigg Boss.’ In a recent report, it has been said that the team of ‘Bigg Boss has approached many stars’ and on this basis, some possible list has been made. Among them, Rhea Chakraborty, the girlfriend of the late actor Sushant Singh Rajput, is also named.

The most shocking name on this list is Krushna Abhishek. The main comedian of ‘The Kapil Sharma Show’ has also got an invitation from Bigg Boss. Naagin Season 5 actress Surbhi Chandna, Bigg Boss 14 contestant Rahul Vaidya’s fiancée Disha Parmar has also been invited for the upcoming season. Jamai Raja Season 2 actress Nia Sharma has also been invited to come on the show. However, no star has been confirmed yet.