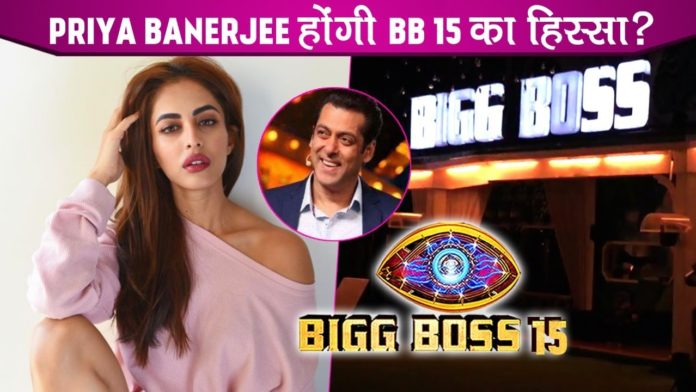 Salman Khan’s most controversial TV show ‘Bigg Boss 15’ will premiere on TV soon. In such a situation, the makers are busy finishing all the work of the show. These days the set of ‘Bigg Boss 15’ house is being prepared.

At the same time, the fans are also eagerly waiting to watch ‘Bigg Boss 15’. Makers are constantly approaching to bring TV and Bollywood stars one after the other in ‘Bigg Boss 15’. In the past, the names of many stars have come to the fore, who have been approached by the makers of ‘Bigg Boss 15’. Meanwhile, the news is coming that the house of ‘Bigg Boss 15’ has got another new contestant.


Priya Banerjee has made a special place in the hearts of fans through the web series Bekaboo. In such a situation, the fans of Priya Banerjee have become very excited after hearing this news. However, till now, no official announcement has been made regarding this news. Apart from Priya Banerjee, stars like Neha Marda, Krushna Abhishek, Rhea Chakraborty, Surbhi Chandna, and Varun Sood can also be seen in ‘Bigg Boss 15’.