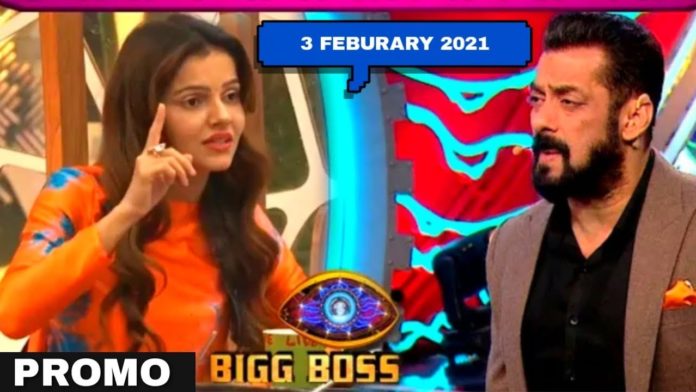 Bigg Boss 14 is weeks away from its finale. Everyday is as exciting as the previous as the contestants are coming up with the most unpredictable reactions to the situations thrown to them. Currently, the equations in the house are changing and this is playing a huge impact on the game. The contestants are even divulging their personal matters in the game for multiple reasons. Earlier on Rubina Dilaik and Abhinav Shukla declared that they were on the verge of divorce and entered the house to save their marriage. Tonight, the audience will hear yet another shocking revelation.

Tonight, Rakhi Sawant makes a shocking revelation about her personal life. While the world is aware that Rakhi tied the knot last year, her husband has been a mystery to all. In the game, Rakhi is often heard saying that she is married but her husband is as good as not present in her life. Rakhi supposedly tied the knot to Canada based Riteish.

Tonight, Rakhi reveals to Rahul that her husband is previously married and he has a child from his other marriage. She was unaware that he had a child from his earlier marriage. She says that when she got married she was the happiest person. She was so in love that she kept her husband on her head. She wants her husband to be hers rather than sharing him with someone else. She doesn’t even have a child of her own. She tells Rahul that she can fight anything in this world but not this situation. She shares with Rahul that her mother fell sick for this very reason. The stress of this relationship had got to her mother. 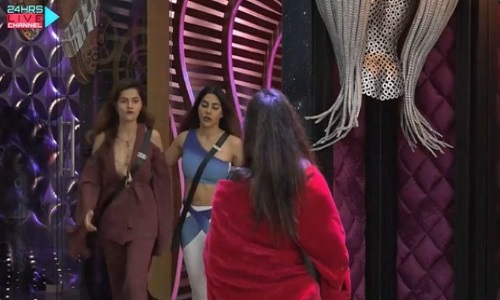 Rakhi and Abhinav were on good times for a while but when Rakhi decided to not play for Abhinav-Rubina, the husband and wife duo turned against her. Their game plan was exposed by Salman Khan last weekend. Tonight, Rakhi and Abhinav get into a fight during the task. Rakhi tells Abhinav that he is ‘thank’. Abhinav says that this is the dirt within her. Rubina unable to control her anger, fills a bucket of water and throws it on Rakhi. Nikki is heard screaming and warning Rubina not to do the same. Rubina called Rakhi a disgusting woman.