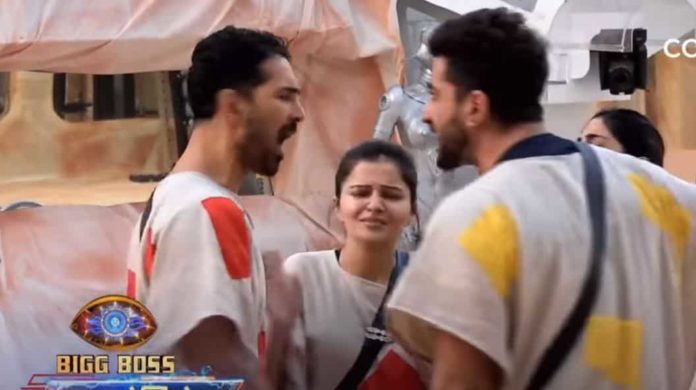 Bigg Boss 14 has entered its 17th week. The show is merely weeks away from its finale. The contestants have been putting their best foot forward to stay in the game and maintain their position. Every contestant has a manner in which they are trying to persuade the audience over to their side. This is clearly seen through the innumerable fights they are trying to pick to show their presence in the show. They are trying to gain attention over food and the most minute details. Currently it is rumoured that the finale will be between Rahul Vaidya and Rubina Dilaik but only time will tell whether the predictions are right.

Rakhi and Rubina will find themselves in a fight. Rakhi begins to cook for everyone because everyone was hungry, an agitated Rubina comes in and says that she had said she would prepare the food then how dare Rakhi go ahead and do the same.Rubina says that Rakhi is trying to show people that Rubina isn’t doing work. Rakhi says that she doesn’t have a narrow mind like Rubina and does not search for small reasons to fight with people.Bigg Boss opens the bedroom for a few minutes. Everyone goes crazy and tries their best to get whatever they possess from within the bedroom. 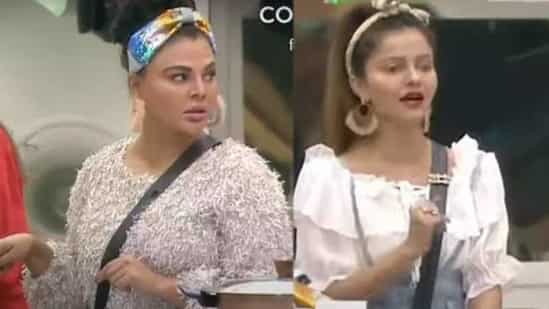 Tonight there will be a new task at hand for the housemates. This task would involve a cycle shop. The contestants will be divided into two teams; Team Yellow comprises of Aly Goni, Rahul Vaidya, Rakhi Sawant and Devoleena Bhattacharjee while Team Red includes Abhinav Shukla, Rubina Dilaik, Arshi Khan and Nikki Tamboli. The sanchalak of the task is Vikas Gupta. Every contestant has their own cycle which they have to ride on the road.