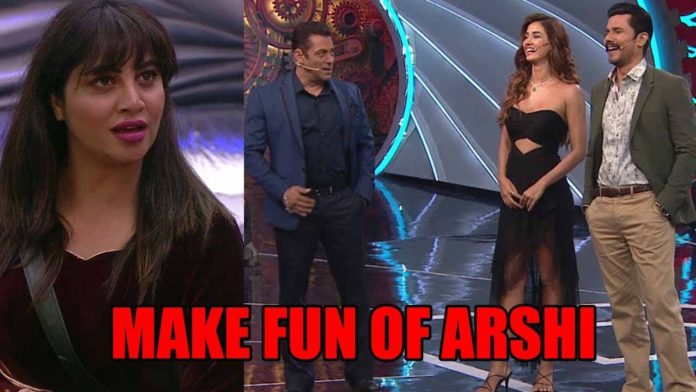 Bigg Boss 14 Weekend Ka Vaar: The weekend episode of ‘Bigg Boss 14’ will be a big bang. Last weekend you saw that Abhinav Shukla was reprimanded for supporting Rakhi Sawant. Now the latest promo of the show has come out in which Rakhi Sawant’s anger is on the seventh sky after seeing the attitude of the contestant. Dabangg Khan is seen flaming them and is reprimanding for questioning each other’s character.

In the promo, Salman is seen saying angrily, ‘Why is it not heard that you are doing this for content within this season. Am I doing this for content? The range went to hell! Whatever activities are happening inside the house, you are speaking, and we are showing there. During this, Rahul Vaidya apologizes to Salman, but Salman asks him to keep quiet.

He then talks to Rakhi Sawant and scolds her for letting others down. In the promo, he asks Rakhi What is the entertainment she presents in front of the audience? She does not need such joy. They tell Rakhi to go to the theater. Salman Khan says to Rakhi, you blush people, question their character. When you are angry, you lose your temper. Salman tells them that if they want to leave the show, they can open the big boss door.

At the same time, Disha Patani and Randeep Hooda are going to meet Salman this weekend. Both talk to Arshi Khan about their Urdu. Salman is also seen having fun with both the actors. Simultaneously, Salman and Disha are going to perform a banging dance on slow-motion songs. The promo related to this has also surfaced.

At the same time, Arshi Khan, who entered as a contestant a few weeks ago, will be evicted tonight. There are reports that she has got the least votes. However, nothing is official yet. Arshi Khan has been in the news since the beginning about her quarrel with other members. After Vikas Gupta and Rakhi Sawant, she had a feud with Devolina Bhattacharjee in the last episode. Devoleena lost her temper and damaged the property of Bigg Boss.