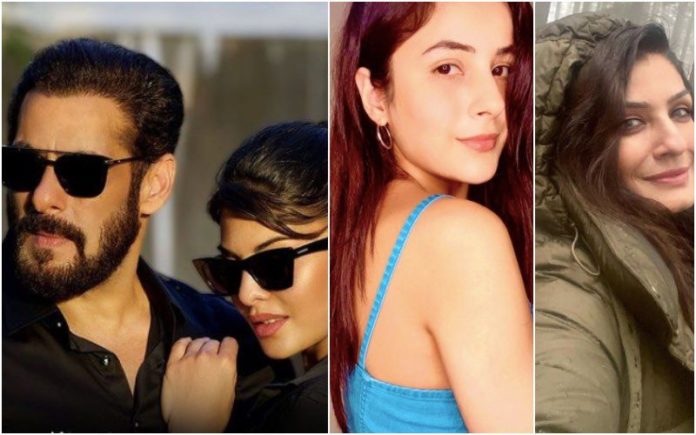 Bigg Boss 14 will complete its 12th week amidst much excitement and drama throughout the week. The epic fights during the week and the resurgence of Rakhi Sawant will be discussed during this weekend’s Weekend Ka Vaar episodes with Salman Khan. The other highlights of this weekend’s episodes will be the presence of celebrities and special tasks.

The major highlight of this weekend will be the arrival of BB queen and Bigg Boss 13 heartthrob Shehnaz Gill. Apart from Shehnaz other celebrities like Raveena Tondon, Jaqueline, Dharmesh will grace the stage with Salman Khan this weekend. The major suspense around the elimination for this week will be announced on Sunday’s episode.

Friday’s episode concluded with a gripping ‘The Rubina Show’ task. The contestants danced to the tunes of Rubina and the task was fun to watch. Rakhi Sawant gained a lot of respect through this week and is likely to earn some accolades from Salman Khan.

The voting trends for this week in Bigg Boss 14 received a lukewarm response. With just three contestants nominated for elimination this week, the audience made an obvious choice from the first day of voting.

Abhinav Shukla, Eijaz Khan and Rahul Mahajan were nominated but the latter received the least amount of votes. However, there could be some elimination twists during this weekend ka vaar. If there isn’t any, Rahul Mahajan will leave the house this weekend.

An exciting weekend ka vaar awaits Bigg Boss 14 fans this weekend. The show will star-studded and thought-provoking for the contestants as well as the audience.