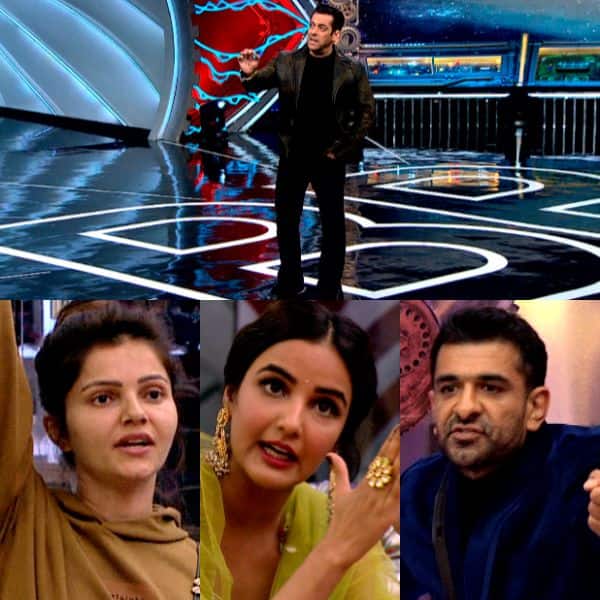 Bigg Boss 14 has been streaming for the last two weeks and there has been tons of drama already. We have to give credit to the seniors; Sidharth Shukla, Hina Khan and Gauhar Khan for adding to the spice in the game. While the date is approaching for the freshers to be confirmed, things are getting tough for the freshers. This Weekend Ka Vaar was filled with fun, tension and planning for the future.

Which Contestant Should Be Viewed On Television? 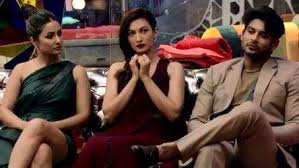 The seniors were given a chance to decide amongst two contestants who they would like to view on their televisions. The first duo to be decided between were Rubina Dilaik and Eijaz Khan. While Sidharth chose Eijaz both Hina and Gauhar chose Rubina. As a result the shutter was closed on Eijaz. The next duo were Pavitra Punia and Jasmine Bhasin. While Jasmine is Sidharth’s friend, he opted for Pavitra’s strong personality. Pavitra was chased by Hina and Sidharth while Jasmine was only chosen by Gauhar. In the end the shutter was closed on Jasmine. The third duo was Rahul and Abhinav. This led to a disagreement between the seniors as Gauhar was sure about Rahul while the others were hell bent on Abhinav. At the end the shutter was closed on Rahul.

Teams For This Week

The freshers were given the opportunity to select which senior’s team would they like to be a part of. On this basis they would go ahead for the next two days which would be their judgement days. The final teams are: