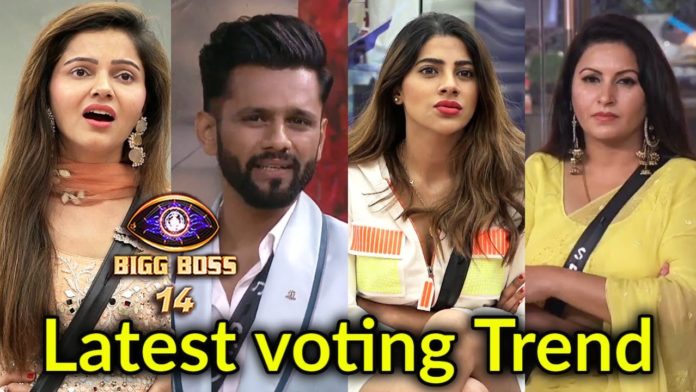 In ‘Bigg Boss 14’, no elimination has been done in the last week. Last week, Rubina Dilaik, Sonali Phogat, Nikki Tamboli, and Rahul Vaidya were nominated for eviction. Salman Khan has announced on Weekend Ka Vaar that these nominations will be carried forward for the next week. Meaning that it is clear that even this week, the eviction hangs on the neck of these four. In such a situation, now everyone will want to know who will be evicted this week.

Four people will be evicted before finale
On the other hand, there is a lot of confusion among people about the finale of ‘Bigg Boss 14’. The finale of this show is going to happen on 21 February 2021. According to the latest information, a total of 4 people are scheduled to go out before the ‘Bigg Boss 14’ finale.