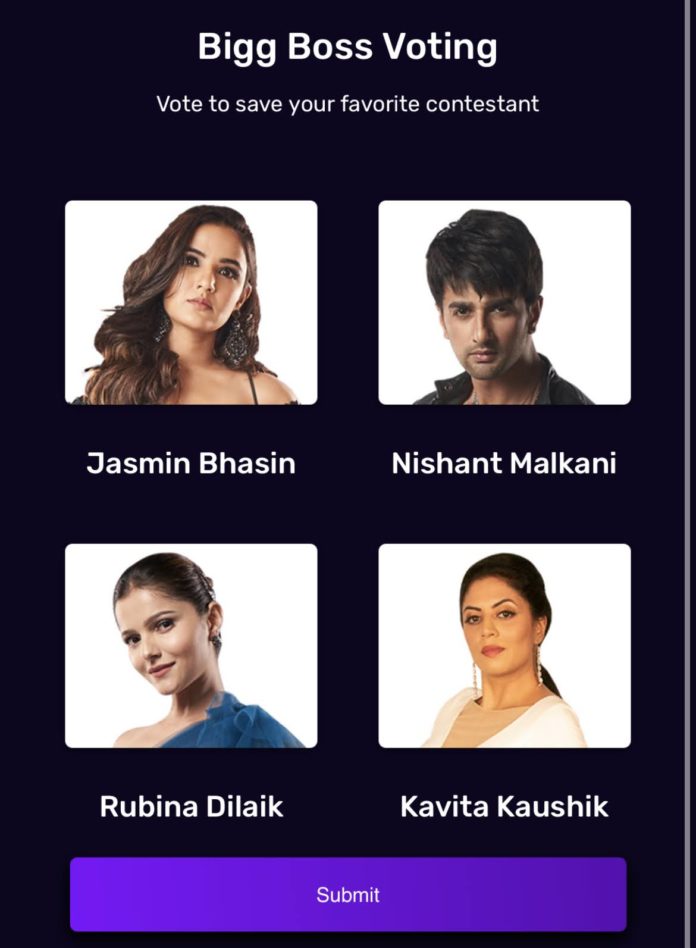 These fours contestants are nominated for elimination in 4th week

Voting lines for elimination will be opened till Sunday 1st November 2020. Out of these four one of them will be eliminated during Weekend ka Vaar episode. All these four contestants have good fan support and hence it will be interesting to see who the audience supports and save in this week’s elimination voting.

How to Vote for your favourite contestant in Bigg Boss 14