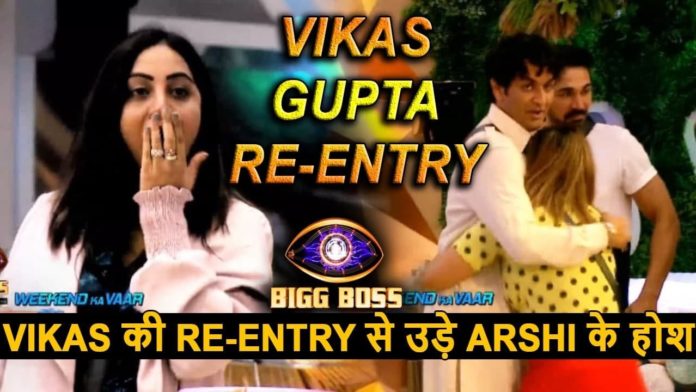 Salman Khan’s controversial show Bigg Boss 14 is constantly getting the entry of new contestants and the old contestants are returning to the show. After Rahul Vaidya, now Vikas Gupta has re-entered Bigg Boss 14, after which the fans are a bit surprised.

Vikas Gupta was evicted from Bigg Boss 14 a few days ago and he has now become a part of the show again. In such a situation, a lot of people are making fun of Bigg Boss 14 and saying that after celebrating the vacation, people are coming back to this show.

Contestants who were part of Bigg Boss are also surprised by such steps being taken by the makers and are keeping their point by tweeting. Actors Devoleena Bhattacharjee and Vishal Singh have also spoken on Vikas Gupta’s entry and made fun of the makers.

Vishal Singh has tweeted on his Twitter account about Vikas Gupta’s entry, ‘The way people are returning in Bigg Boss 14 is amazing. It seems that the show will not end until December 2021. This is good news for me because I am a big fan of the show. Let us now call this show the Return of Bigg Boss 14 instead of Bigg Boss 14. ‘ Actor Devoleena Bhattacharjee has posted a laughing emoji by retweeting this tweet of Vishal Singh. You can see both these tweets below.

Bigg Boss 14 has received a one-month extension from the producers of the show. The show was earlier scheduled to end in the month of January but now the makers will run it till February and then the winner of Bigg Boss 14 will be announced. By the way, what should you think about Vikas Gupta’s re-entry, please tell us by commenting.