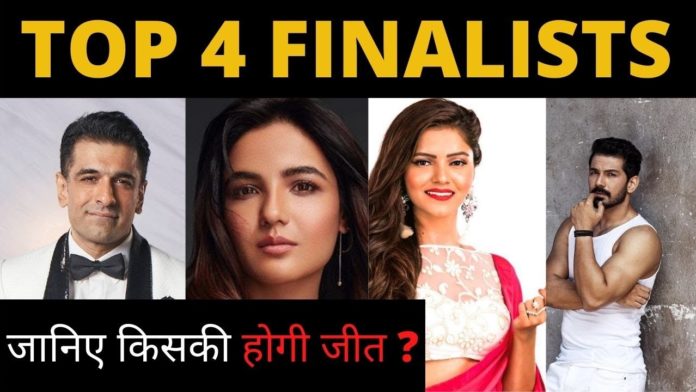 The makers of the reality show ‘Bigg Boss 14’ are in a mood to shock the audience. In the last weekend’s war episode, the show’s host Salman Khan announced the season’s finale and told the contestants that only four people would reach the finale. After which, several contestants were evicted from the show within a week. At the same time, the show has got two finalists as Ejaz Khan and Abhinav Shukla.

Nikki Tamboli and Rahul Vaidya out of the house

Today viewers will get to see the first finale round of ‘Bigg Boss 14’. The top 4 finalists who reached the finale week are Eijaz Khan, Abhinav Shukla, Rubina Dilaik, and Jasmin Bhasin. Abhinav Shukla became the second finalist after Eijaz Khan by winning the task. Jasmine and Rubina are also finalists after Nikki Tamboli and Rahul Vaidya’s eviction.

These 6 members will enter to turn the game at home.

There will be an entry of six new contestants in the house in today’s episode, who have already won people’s hearts with their presence. The makers are reinstating former contestants Rakhi Sawant, Kashmiri Shah, Rahul Mahajan, Manu Punjabi, Vikas Gupta, and Arshi Khan interesting twist to the show.

The show is going on next year.

The show’s finale is being held on 5 and 6 December, but there is nothing like that, and the show will run till 14 January 2021. In the show, the makers are bringing something new to fans for tremendous temper and drama. What will be the ruckus in the show with the new entry will be revealed soon.