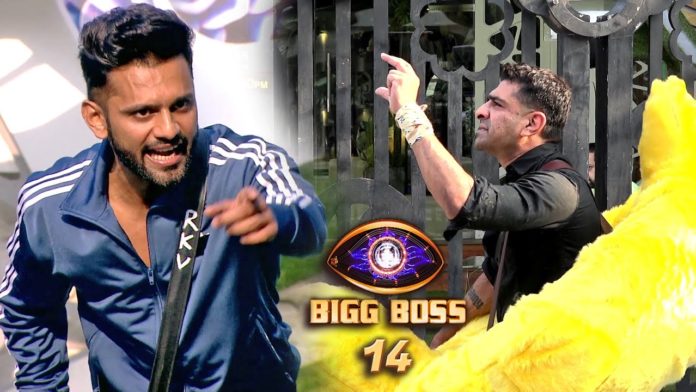 Rahul Vaidya is trying his best to distract the attention of Eijaz Khan standing outside the park built for BB Task. Rahul Vaidya is shouting in the promo, “When I was out, you showed great masculinity to the women of the house. Now you stop showing masculinity to women. Bump into me…. On this show, I will now open all your senses. At the same time, listening to the words of Rahul Vaidya, Eijaz Khan is saying, ‘You had run away… You are a fugitive….’

Eijaz Khan is constantly targeting Jasmin Bhasin
Everyone has confronted Jasmin Bhasin since the arrival of Aly Goni. At the same time, she was targeting Eijaz Khan from the beginning. Before Aly Goni arrived, she wanted to have a good relationship with everyone. Well, now the dice have turned, and now Eijaz Khan does not miss a single chance to target Jasmin Bhasin.