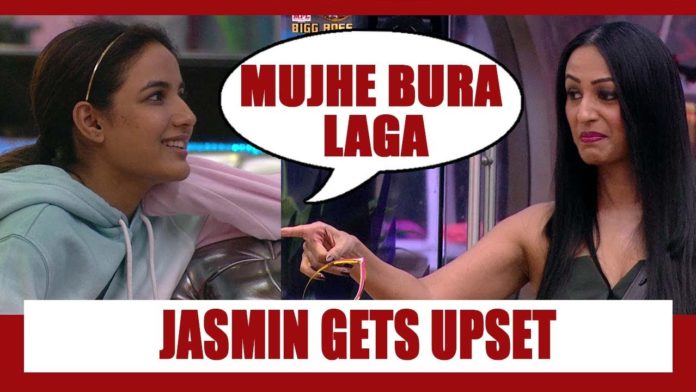 In today’s episode of ‘Bigg Boss 14’, Vikas Gupta, Kashmera Shah, Rakhi Sawant, Arshi Khan, Manu Punjabi, and Rahul Mahajan will step into BB 14’s house with new challenges where all these new members have brought new challenges for all the contestants. Simultaneously, in a new promo shared by Colors TV, Jasmin Bhasin is seen confessing her relationship with her friend Aly Goni.

In this new promo, Kashmira Shah is seen taking entry in BB 14’s house, where she first targets Jasmine as soon as she enters the house. In the promo, Jasmin appeared to hold Jasmin Bhasin responsible for homelessness from Kashmiri Eli Gony’s house. She tells Jasmine that she made her cry and sent them to her (Eli Gony). After this, Jasmin says that I am lucky that someone loves me so much; after this statement by Jasmin, fans on the internet congratulate her for confirming her relationship with Aly. However, Jasmin and Aly have not made an official announcement so far.

After this, Kashmira Shah says that if you had to go, you would have left. Jasmin responds to them, saying that we both have a three-year relationship and what she speaks is the same. However, Kashmira Shah taunts Jasmine and says, ‘Masterstroke My Beauty.’ Meanwhile, in the promo, Vikas Gupta taunts Jasmine by saying that she looks 22 years old and works the same in this house too.