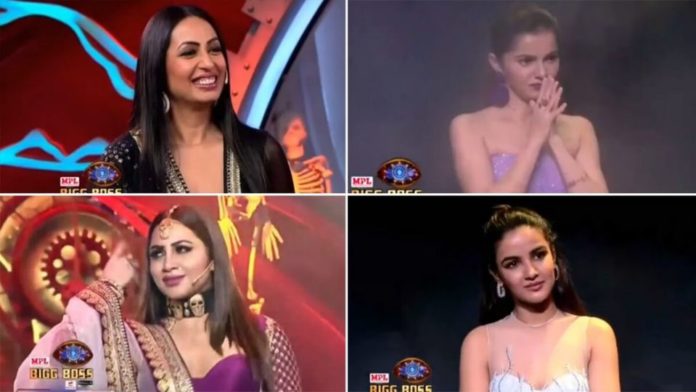 Bigg Boss 14 is one of the weakest seasons in the history of the reality show. The makers of the show have tried their best to revive the show by using old contestants and similarities in the content. It relies heavily on the previous seasons to bring in viewers but nothing seems to be making a difference.

This season is solely trying to rehash the past to provide the audience with something which will enable them to latch on. Last week saw a new twist with a mid-season finale, this saw the elimination of some of the most vital contestants who were handling the show on their shoulders. Aly Goni and Rahul Vaidya walked out of the show while Nikki Tamboli was eliminated based on the votes.

This week saw a captaincy task where Manu Punjabi was declared the winner and became the captain of the house. The next task was to save themselves from elimination. The contestants have to destroy stalls of the other team. 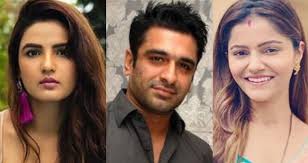 Team A had Eijaz Khan, Rahul Mahajan, Abhinav Shukla and Arshi Khan. While Team B included Vikas Gupta, Jasmin Bhasin, Rubina Dilaik and Kashmera Shah. Team Eijaz was declared as the winner of the first round. Rubina Dilaik and Kashmera Shah fight with Manu stating that he is being biased towards the opposing team. In the next round, Eijaz pushes Rubina and Bigg Boss had to intervene as the task was becoming physical and had to be brought to a halt.

As the task came to an end Team A which is inclusive of Eijaz Khan, Abhinav Shukla, Arshi Khan and Rahul Mahajan won the nomination task. This meant that they were safe from eliminations this week. As a result Team B members Kashmera Shah, Rubina Dilaik, Vikas Gupta and Jasmin Bhasin will be nominated this week. Team B comprised of the current strongest members of the house and an elimination of any one of them would have a huge impact on the show yet again.