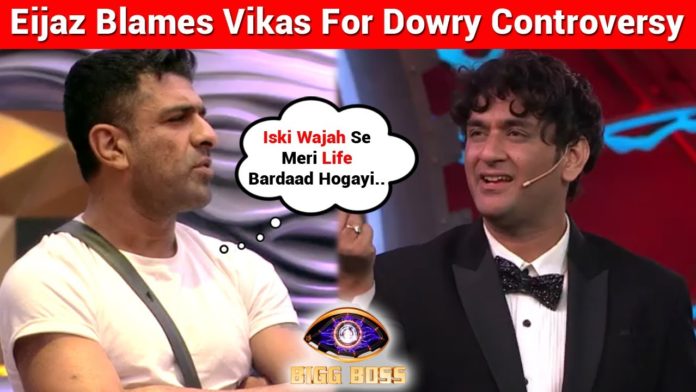 Contestant and well-known actor Eijaz Khan of Bigg Boss 14 has talked many times about his love life at home. The actor had told Salman Khan at the beginning of this game show that he has had an incident in which he thinks twice while talking to women. Not only this, but he later also revealed that his ex-girlfriend had falsely implicated him by making false accusations. Because of which his father went to jail. Now on the last day, the actor talked to Abhinav Shukla that he would definitely talk to the person coming home who provoked his ex-girlfriend.

Continuing his talk, Eijaz Khan said that many of his friends used to advise him that he too should file a case against him. But they did not do so. Eijaz said, ‘I was advised by many friends that I should file a case against him. But I do not know. Because she is someone’s daughter. ‘Ijaz then said that later that girl told that he had done this at the behest of someone. He then made a ‘V’ sign with his fingers, which made it appear that he was on the side of Isharavikas Gupta. Abhinav was also shocked at this.

Eijaz said, “Come, let him, I show you.” Even after Vikas Gupta’s entry into the house, the two had a very cold meeting. The two did not meet each other warmly. Yes, but both of them admitted that they knew each other well. A different tussle between Eijaz Khan and Vikas Gupta was seen. Is indicating that they do not have a good friendship outside the house.