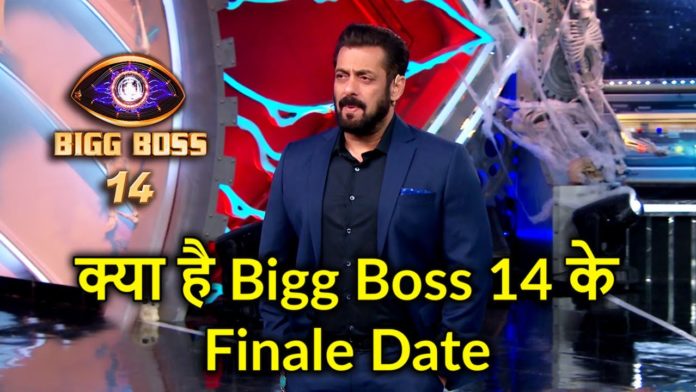 Salman Khan’s show ‘Bigg Boss 14’ weekend ka vaar episode was a huge hit, and Arshi Khan has been out of the show, while one of her close or family members has come on the show to support the contestants present at home. Jasmin Bhasin’s entry has been made to support Aly Goni. Now the fans are waiting for the finale of the show. Salman has also said many times that now Finale has only two weeks left. However, the date of the finale has now been revealed.

According to a report by Bollywoodlife, the finale of Bigg Boss 14 is going to air on February 20-21. That is, the show will get the winner of this season in two weeks. At present, Rubina Dilaik, Abhinav Shukla, Rahul Vaidya, Aly Goni, Rakhi Sawant, Nikki Tamboli, and Devoleena Bhattacharjee (Ejaz Khan’s proxy) are present in the house.

As soon as Bigg Boss 14 ends, two serials will take place on this slot. This show’s timeslot on Weekdays will have ‘Bavra Dil’ on-air, while ‘Dance Deewane 3’ will replace this show on weekends.

Arshi Khan Evicted:
Arshi Khan was evicted from the show due to getting the lowest votes this week. She entered the show as a challenger. Arshi Khan had been in the news since the beginning about her quarrel with other members. After Vikas Gupta and Rakhi Sawant, she had a feud with Devoleena Bhattacharjee in the last episode. Devoleena lost her temper and damaged the property of Bigg Boss.

Could not make room in TRP list
‘Bigg Boss 14’ has not been included in the TRP’s top 10 list since its inception. Makers worked hard to bring this show to the TRP list but could not succeed. Now close friends of contestants have been called to support the contestants in the show. It will be interesting to see what happens in the upcoming episodes.