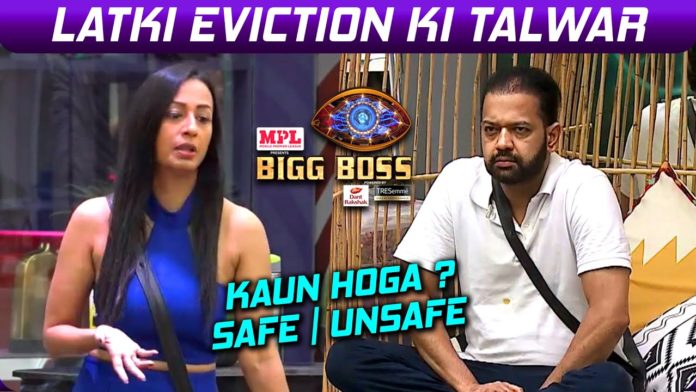 On the previous weekend of ‘Bigg Boss 14’, no contestants were evicted from the Bigg Boss house. At the same time, Vikas Gupta was evicted from the show for pushing Arshi Khan. Vikas Gupta was considered a big threat to other contestants. Along with Vikas Gupta’s shocking eviction, there is one less challenger at home. In the last episode of ‘Bigg Boss 14’, the nomination task has been completed. In this task, the contestants were seen targeting Eijaz Khan. Apart from Eijaz Khan, a total of 4 people have been nominated to be evicted this week.

The nomination list includes Eijaz Khan, Manu Punjabi, Arshi Khan, Kashmera Shah, and Abhinav Shukla. It is difficult to guess who will be evicted during this weekend ka vaar? There has been a tweet from the tweeter handle called The Khabri, after which it is being speculated that Kashmera Shah is going to be evicted from the show this week.

If was Nice to see u in the House #KashmiraShah

U will be missed after #WeekendKaVaar 😊 Its time for u to go home.

It is written in this tweet, ‘It is very nice to see you at home, Kashmera Shah …. You will be missed after the weekend ka vaar’. Kashmera Shah’s fans have received a major setback since this tweet surfaced. Everyone is hoping that Kashmera Shah does not leave this show.

Kashmera Shah is targeted by almost every member present in the house. Last week, she had an argument with Manu Punjabi for small talk. Yesterday, she did not vote for Rahul Vaidya. In the upcoming episode of ‘Bigg Boss 14’ Kashmera Shah will be seen clashing with Nikki Tamboli.