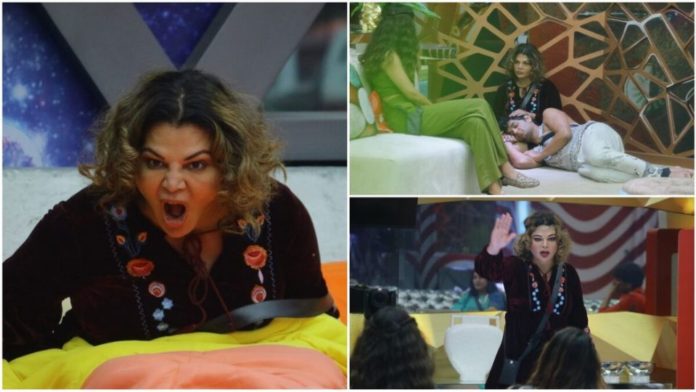 Bigg Boss 14 is on a roll. A show that less than a month ago was a sinking ship is now in the talks of being extended to March 2021. There are many contestants in the house and all deserve a fair chance to play. It is said that more contestants will be entering the house as well including Rakhi Sawant’s mysterious husband! 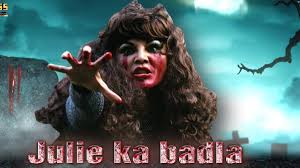 In today’s episode, the captaincy task was revamped. Rakhi would continue to be the ghost Julie who would haunt the garden area. Her husband is Rahul Mahajan. The story is that Rahul was married to her but he then killed her to marry his second wife, Jasmin Bhasin. Rahul not only killed Rakhi but also buried her within the areas of the house. The task is to win gold coins. Whoever has maximum gold coins will become the captaincy contenders. 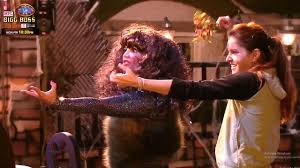 The first contestant to be out of the captaincy task will be Rubina Dilaik. She will be followed by Vikas Gupta and then Sonali Phogat. Eventually there begins a fight between Rakhi and Rahul Mahajan. The whole scene gets ugly. Rakhi goes to the extent of even tearing his dhoti, this makes the whole house against her. It is said that the captaincy task will be put on hold as a result of this and could even be stopped permanently.

The four contestants who will find themselves safe this week are Rahul Vaidya, Rubina Dilaik, Jasmin Bhasin and Aly Goni. Rubina has a huge fan following who applaud every move that she makes in the house whether it is cooking food or dancing, they make her trend. This shows the massive support she has. Rahul Vaidya is on a league of his own. The singer manages to give Rubina a tough fight. He is entertaining and great at the game. Rahul continues to trend. Jasmin Bhasin and Aly Goni are India’s sweethearts. The country wants them to be together and this shows in their support for #JasLy.

The contestants who are in danger of going home this week are Nikki Tamboli, Arshi Khan, Rahul Mahajan and Sonali Phogat. Sonali Phogat has been in the house for a week and has not made her presence felt. She is currently last and has high chances of being eliminated this week. Rahul Mahajan has taken a break from the game and sits behind watching the others. In today’s episode, he was finally given the opportunity to rise and he did take it. Arshi Khan and Nikki Tamboli, the less said the better.They have often been told they should hear how disrespectful they sound and that is so true.