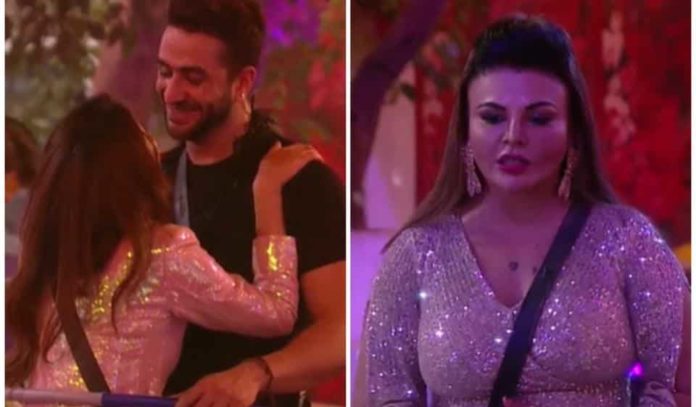 Bigg Boss 14 has reached its 90th day. In the last 90 days, the show has witnessed so many emotions and changes. The contestants are getting ready to usher in the new year. None of them are aware that the talks are on to extend the show until March 2021.

The episode on Bigg Boss 14 tonight was rather interesting. As reported earlier, Rakhi pulls Rahul Mahajan’s dhoti. This results in a major fight in the house. All the housemates stand against Rakhi and tell her that she is wrong. They make the point that if a man had pulled a woman’s clothes, there would have been a huge hue and cry but only because a woman did this. Everyone, including Bigg Boss, is quiet. Rahul Vaidya and Aly are especially very vocal about this.

Rakhi, on the other hand, denies these allegations. She says that she is a ghost and can do whatever she wants. The icing on the cake is Bigg Boss agreeing to this and stating it as an act of humor that should be passed upon. Jasmin very clearly states that something so cheap is humor, but when she fought with Rakhi and Rakhi claimed to have been hurt by her, she was shown down upon. The action and call taken by Bigg Boss were uncalled for. The task is canceled as the contestants tried to manage the coins on their own.

Bigg Boss then announces the New Year captaincy task. Three challengers, Rakhi, Rahul Mahajan, and Arshi, will be given a chance to host a party. Whoever manages to get maximum contestants to their party wins. 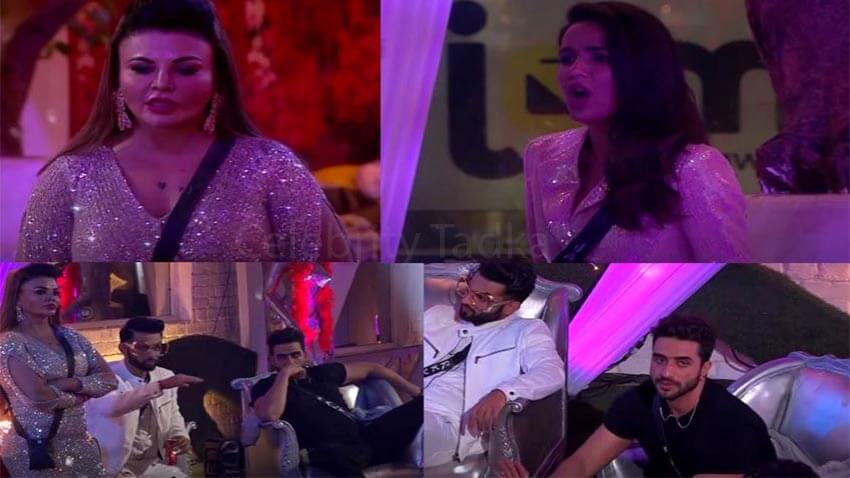 Rubina Dilaik, Rahul Vaidya, Jasmin Bhasin and Aly Goni are the life of the show. All four have proved their mantle time and again. Moreover they are all vital for the smooth flow of the show. Without them there would be no soul. Rubina may seem dominating to the contestants but she has a wide fan following who make it a point to keep her at the top. Giving her tough competition is Rahul Vaidya. He is strong willed and charismatic. He has all the qualities to be a winner. Jasmin Bhasin and Aly Goni are giving the country major couple goals. Both are beautiful together and the audience wants to see more of them.

As per reports, Rahul Mahajan and Sonali Phogat are in danger of elimination. Rahul has shown some spirit in the latest episode, especially with his fight with Rakhi. This gave his cause some momentum, and he could become the captain of the house. On the other hand, Sonali has not shown anything different, keeping her in the house for long. Currently, all the players are strong, and in such an elimination where all are nominated, her chances of being saved are bleak.

Download the Voot App from the Play Store
Then register your account using email or Facebook Id.
Once you are done, search for Bigg Boss 14 vote.
Search for your favourite contestant and vote