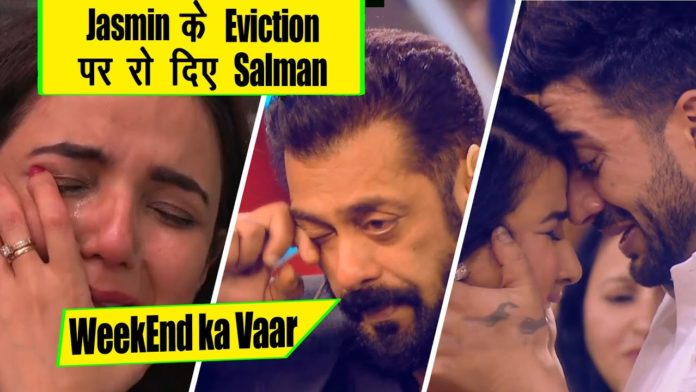 Bigg Boss 14 has had the most action packed week which has been an emotional rollercoaster ride. The contestants have been through such emotional turmoil. Jasmin Bhasin, one of the key players of the house was eliminated in the most shocking eviction of the season. Jasmin managed to control herself but beau Aly Goni was distraught. While fans have been trending #BringJasminBack, Host Salman Khan stated that her journey is over.

Jasmin Bhasin’s nomination came as a shock to all. The house was still in shock but the show must go on. Salman Khan even pulls Eijaz’s leg to lighten the mood of the house. The sultani akhada task was conducted between Arshi Khan and Rubina Dilaik. At the end of the task, Arshi Khan was declared the winner. 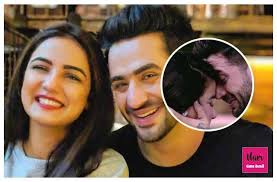 The nomination task was held wherein two contestants were called into the confession room at the same time. They were asked to discuss with one another and come to a mutual consensus as to who would be in the final nominated contestants list.

At the end of the task, it was revealed that Rahul Vaidya, Rubina Dilaik, Nikki Tamboli and Sonali Phogat would be nominated. Sonali then takes the house on her head and fights with Rakhi because Rakhi saves Abhinav from nominations and not her.

Rubina Dilaik and Rahul Vaidya will be safe this week. Both are vital to the game in their own way and are providing the right amount of sass which is a necessity as of now. Rubina is a smart player who has a massive fan following. They are strong and either to make her win. Rahul on the other hand is a mass entertainer. He is the man of the people. They adore his game and him as a person which keeps him safe.

Sonali Phogat is in danger of elimination this week. She has not been able to contribute much to the game although she seemed to be promising. Sonali has been in the house for three weeks and her appearance on screen is countable. Sonali is not carved for the show and this shows through the fights she tries to pull off.