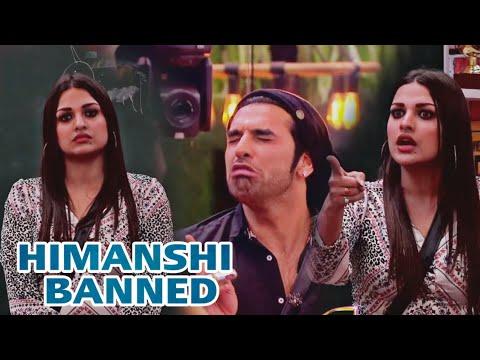 Bigg Boss 13 completed its tenth week. The eleventh week begins with the contestants bearing the brunt of heavy backlash from the host Salman Khan during the weekend for their behavior in the house. The house is tense with the issue of Arhaan and Rashmi being exposed. Also, a major heartbreak took place in the house with Himanshi being evicted as the tenth week elimination.

A few weeks ago, the first finale of Salman Khan’s controversial show Bigg Boss 13 took place. During this time there were many wildcard entries at home. Himanshi Khurana, a well-known singer from Punjab, also made a wildcard entry in the show. Due to low votes last night, Himanshi Khurana has been shown the way out of this show.

Himanshi on Asim’s Love For Her

On several occasions, Asim has also expressed his love for Himanshi without any fear on national television. In the Bigg Boss house, Asim was seen standing with Himanshi all the time. However, the cheesy chemistry which the duo shared came to an end. Though Asim shared his love for Himanshi, Himanshi always considered him as a good friend. Himanshi denied taking their relationship any further and expressed her willingness to be Asim’s good friend forever. She claimed Asim to be a very genuine and good guy.

In an exclusive interview to a popular media channel, Himanshi claimed that Siddharth SHukla is very aggressive. Asim was severely injured after his tussle with Siddharth during tasks. Asim was given multiple shots of pain killers and three doses of oral painkillers. As a result of painkiller overdose, Asim had fainted and he was crying and shouting with pain.

Bigg Boss decided to not telecast this with specific focus on sidelining the real issues in the house. Asim was not only physically hurt but her was also mentally bashed with the incidents in the house.

Ever since Siddharth joined Paras’ team, there has been a lot of mockery and cheap teasing which is taking place in the house. Himanshi expressed that she liked Siddharth in the beginning but his character is not worth admiring as it is portrayed on national television.

#AsimRiaz was fainted due to overdose of painkillers ??&
Brutally Hurt by #SidharthShukla But Channel hasn't Shown this on TV.
Just to save Shukla !!!#AsimRiazForTheWin#HimanshiKhurana#unstopabbleasim#BB13 #BiggBoss13 #WeekendKaVaarWithSalmanKhan pic.twitter.com/JK2Poxvrzj

Do you agree with Himanshi’s comments on Asim and Siddharth? Let us know in the comments below.