Home TV Shows Bigg Boss 15 Bigg Boss 13 Who will be the winner of ticket to finale?
Facebook
WhatsApp
Twitter
Telegram 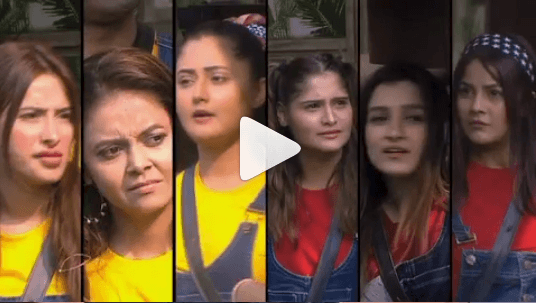 Salman Khan repeats this on every weekend, saying that there is Finale in four weeks in this season. Since then, the fans were very keen about this twist coming in Bigg Boss 13. As the days pass, the effect of finale is being seen in Bigg Boss house. That is the reason, double elimination was seen in the last week. The race for ticket to finale has started at home since Elimination on Sunday 13th October, 2019. The elimination nomination task for this week was seen in the yesterday episode 14th October, 2019.


After which the members of the house are thirsty for each other’s blood in the Ticket To Finale task. We are not saying this, rather the promo of Bigg Boss 13 is pointing towards this.

For the Ticket to Finale task, Bigg Boss has divided the house into Red and Yellow teams. With the formation of the team, Shehnaaz and Rashami Desai are seen saying in the promo that, this time they have to win the task under any circumstances.

Devoleena Bhattacharjee is no less than anyone, only then she is also seen threatening Siddharth Shukla. Arti Singh is also trying to give her 100 percent in the game. Apart from this, Siddharth Dey is playing this game by teaming with Shefaali Bagga like every time.

If you are not sure, see the new promo of Bigg Boss 13
https://www.instagram.com/p/B3oFdPBAA4o/?utm_source=ig_embed&utm_campaign=dlfix
Seeing the promo of Bigg Boss 13, it would not be wrong to say that, this time all the members of the house are very serious about this ticket to finale task. In such a episode, there will be a fierce battle between them all in today’s episode. How eager you are to watch the new episode of Bigg Boss 13, comment below.