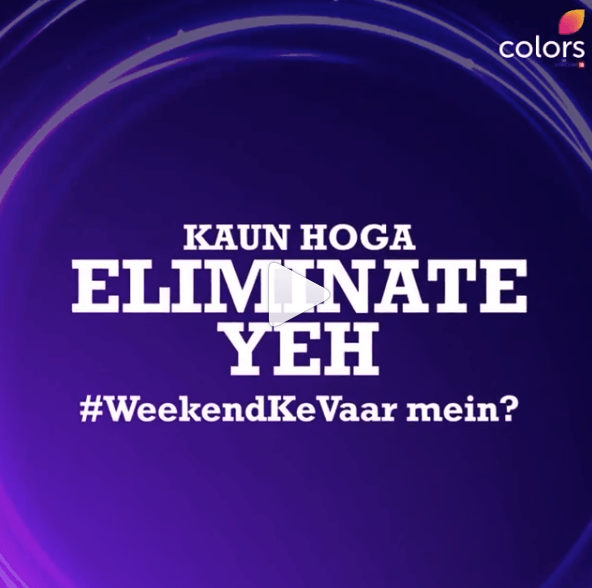 Bigg Boss 13 is slowly approaching this weekend October 12 and 13, everyone is excited to see Salman Khan and his funny, bold conversations with the housemate. This weekend will be equally interesting as there will be elimination and one of the four female contestants nominated will be eliminated from the house. The contestants nominated for eviction are
Rashami, Dalljiet, Koena and Shehnaz. There was some fierce voting from fans to save their favourite contestants and the voting lines were finally closed on Thursday night 10th October at 11:30 Pm. Now the voting results are finalised and here is what happened during Weekend ka Vaar episode.

It looks like Bigg Boss 13 elimination which happened during Weekend ka Vaar is already leaked online and it has been revealed who gets eliminated on 13th October, 2019. It looks like Koena Mitra will be eliminated this weekend as she has got least number of votes compared to other three nominations. Our polls have exactly predicted that as well as Shehnaaz is leading the voting with 44% votes, while Rashami with 23%, Dalljiet with 21% and Koena with 12%. Koena with least number of votes gets eliminated during second week of Bigg Boss.

It looks like there was a fight or heated conversation between Koena and Salman Khan during the weekend episode, here are some screenshots showing what they spoke: 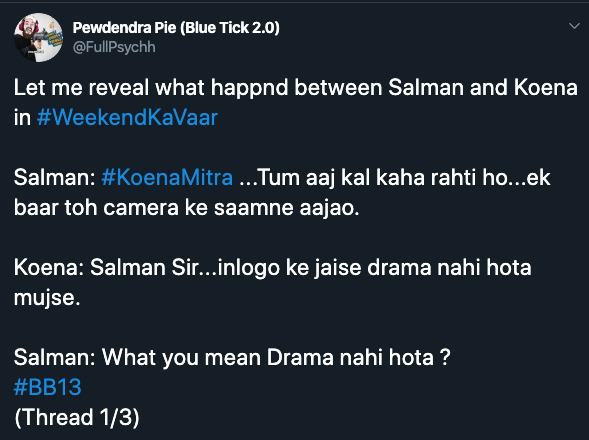 Also Devoleena Bhattacharjee won Queen award this week and hence she will be safe from elimination next week. Do you agree with Koena eviction, comment below