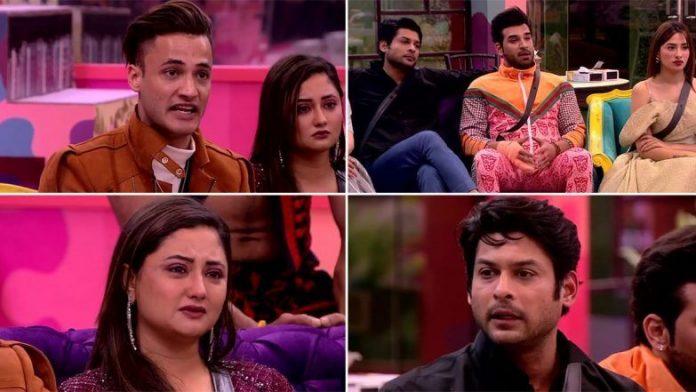 In Bigg Boss 13, Salman Khan today met the housemates for the first time. Where Salman Khan tells all the people of the house that they have to talk today in the same way as they talk in the house. In such a situation, Salman first gives an opportunity to Asim Riaz to speak. Where Aseem blames Paras, he abuses his mother and sister in the house. After which Paras also hit back, accusing Asim of always abusing him. After this, Sidharth Shukla, Paras Chhabra and Mahira Sharma always poke him. After which Vikas Gupta blames Asim for all the fights in the house.

After this Rashami Desai accuses Siddharth Shukla of degrading her by calling her such a girl. After which a huge fight breaks between Sidharth and Rashami once again. Rashmi says in front of Salman that Siddharth said that now I have stopped taking Rashmi to home. On which Siddharth says that yes I have spoken like this, but the meaning is coming out wrong and Rashami is playing a women’s card. Due to which Rashami calls him bald. Talk of slapping him with a sandal.

Angered by Rashmi and Siddharth’s quarrel, Salman reprimands Rashami and says why are you bringing your past here. After which Salman tells Rashami that when you know that there is dirt in the box, why are you opening it. Apparently Salman was advising Rashami to be warned about things.

After which Mallika Sherawat arrived to have fun with Salman Khan on stage. Where Mallika flirted with Salman fiercely. So at the same time, Salman enjoyed Mallika’s mischiefs a lot. During this, both of them also repeated the film scene of Pyaar Kiya.

After this, Salman told all the family members that this time Arhan and Vishal are among the last two nominated members.