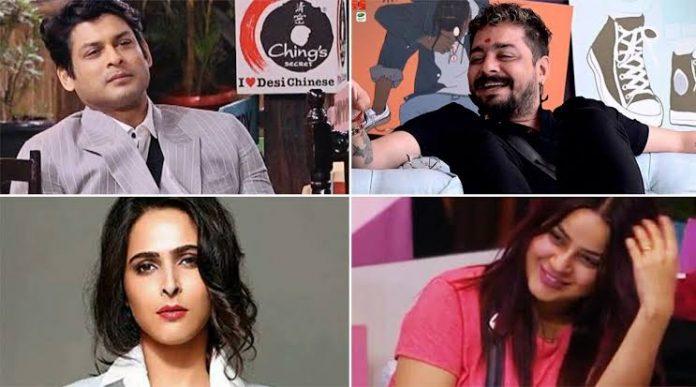 Big Boss 13 completes its the 11th week. There is lot of drama, fun and fights going on in the house. Vikas Gupta was the last wildcard entry to enter into the house. However, there will not be any new wildcard entries this week. Vikas Gupta is the current captain of the house. Siddharth, Shehnaz, Madhurima and Bhau are nominated for eliminations this week.

A lot of speculations are active about the prospects of the four nominated contestants this week. Salman Khan is no mood for fun as the behavior of the contestants continues to deteriorate by the week. However, it would be interesting to see if there are any twists and turns in the upcoming evictions today.

According our audience voting poll results, Hindustani Bhau will end his journey in Bigg Boss 13. Bhau entered the house as a very strong, witty character and was love by all. He lit up the atmosphere in the house with his humor and energy levels. However, over a period of time, Bhau’s popularity drastically dropped and was no longer a face to trust within the house. In this week’s Weekend Ka vaar episode, Salman is educating the contestants about how immature it looks when they keep sleeping all day when they have come to earn their reputation from this huge platform. The contestants point to Bhau for being the ‘sleepy head’ of the house.

Bigg Boss 13 Weekend Ka Vaar Week 11 Elimination News – Is Double Eviction a Possibility, Who Will Join Vikas Pathak AKA Bhau in the Elimination This Week?

Salman Khan hinted about the possibility of double eviction which got Siddharth and Shehnaz’s fans worried. Considering that Siddharth’s health is in a bad shape, there were speculations that he might quit the show as an eviction this week. However, the fans hope and pray that this news is not true.

From a cheerful bubbly girl to a game changer and emotional doll, Shehnaz’s journey is also at stake this weekend. It would be interesting to see if Shehnaz makes the way out with Bhau if there is a double eviction this week.

Madhurima Tuli was saved by a few thousands of votes from being the contestant with the least votes. In case of double eviction, it is presumed that Madhurima has high chances of ending her brief reign in Bigg Boss 13. This could also turn out to be good news for Vishal as he will having one less person to be targeted this week.

However, according to reports, Salman Khan was playfully mentioning about the possibility of double eviction and he fooled Madhurima. As a result, Vikas Pathak also called as Bhau will be the only single eviction for this week.