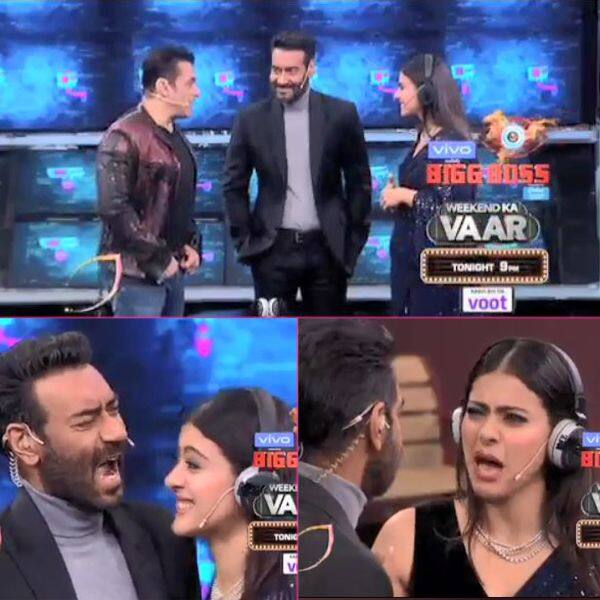 Today, the audience is going to have a lot of fun in the house of Bigg Boss 13. We are saying this because, Salman Khan’s guests are going to knock in the weekend ka vaar. The guests of Salman Khan are his very good friends who will go to the sets of Bigg Boss to promote their film. Here we are talking about Ajay Devgn and Kajol who will arrive here for the promotion of the upcoming film Taanaji. We are not saying this, but the new promo of Bigg Boss 13 is witness to this, in which Salman Khan is seen having fun with his old friend Kajol.


In the promo of Bigg Boss 13, Salman Khan is also seen supporting Ajay Devgn in this work. Actually, today Salman Khan is going to play his favorite game to Kajol in which Kajol has to catch the lipsing.

By the way, another guest with Kajol and Ajay Devgan will arrive to meet Salman Khan. We are talking about Saif Ali Khan’s who is missing from the promo of Bigg Boss 13, but in the episode of So, Saif is also going to strike with these three stars.