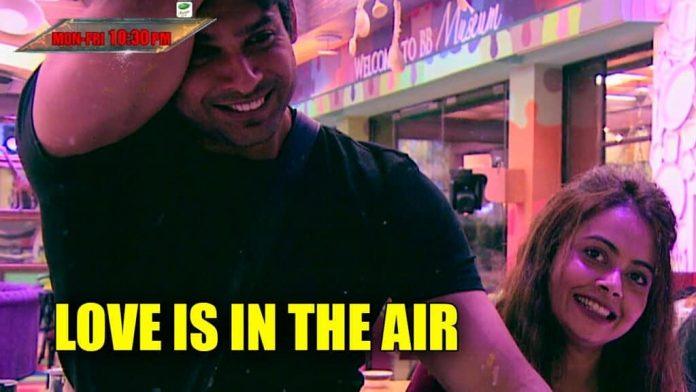 Bigg Boss 13 enters the end of its seventh week in the house. The tussle between Siddharth Shukla and Rashami is one of the epic fights in the house so far. In fact, the new wildcard entries like Arhaan Khan and other housemates like Paras Chabbra, Devoleena have always been against Siddharth Shukla and his loyalists like Arti Singh, Shehnaaz Gill.


Rashami and Devoleena have been the thickest of friends, with Rashami being the dominant one compared to the two. The duo made a comeback much against the wishes of Siddharth or Asim. Ever since their return to the house, Devoleena has been a weak link and lacked to show intent and the composure even after getting a break. Rashami on the other hand, is sticking to her game.

Is a Love Story Brewing Between Devoleena and Siddharth Shukla?

In the last two episodes, Devoleena is making the moves on Siddharth Shukla. She commented, “Siddharth, I love it when you smile”. Though the masses took it to be a sarcastic comment something was happening in Devoleena’s approach towards Siddharth Shukla.

Devoleena & Sidharth were caught enacting a romantic scene, that required them to look into each other eyes without blinking. Also, after the luxury budget task Devoleena also offer to help Shukla wash off the paint from his hand, much to the surprise of everyone around.

According to reports, Devoleena is likely to confess her liking for Siddharth Shukla. She entered Bigg Boss 13 again just for Siddharth and it is going to be interesting to see how Siddharth tackles this cheeky relationship. However, the warmth between Devoleena and Siddharth is not going to go down well with Arti Singh or Shehnaaz Gill.

Are you happy with Siddharth Shukla and Devoleena’s relationship? Let us know in the comments below.