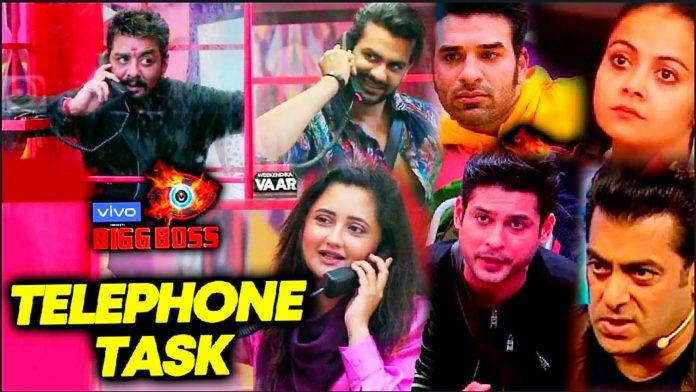 Bigg Boss 13 had a banging weekend ka vaar episode with Tehseen eliminated and Salman warning all the contestants that this show is not for Sidharth Shukla and he should not be the only one targeted and told everyone to play for themselves. Today Monday 11th November 2019 and the starting of Week 7 which means nomination task for eviction will happen tonight.

The contestants have to be in one of the telephone booths and make sure that the person in the opposite booth keeps the call before they do.

As of now the confirmed nominations for eviction are Sidharth Shukla and Shehnaaz Gill. Who else will get nominated tonight? Whom you will support comment below.