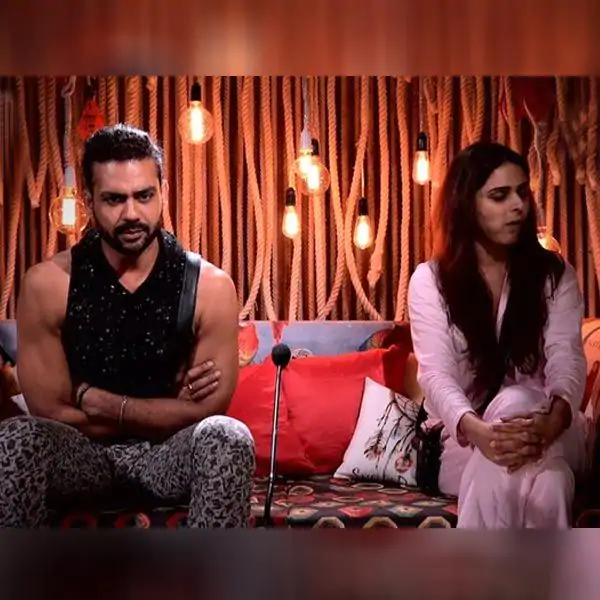 
There were no captains last week as the captaincy task was abruptly stopped. It must be noted that Vishal is trailing in his vote share and there are reasons that he may get evicted from house this week. Surprisingly, all the contestants are present in elimination nominations this week. However, it would be interesting to see if Madhurima can survive another week of danger. It is to be noted that she has a two week nomination penalty for hitting Vishal with a slipper.

The big guns, Siddharth Shukla and Asim Riaz are nominated this week as well. The nominations were carried forward from last week.

The weekend ka vaar episodes promise a lot of action and suspense as the host Salman Khan digs into the happenings of the week. Though eviction nominations have been announced, it is becoming quite obvious that Shefali Jariwala, Arti Singh, Vishal or Madhurima will be evicted this week.

Siddharth and Asim are alone at the top with a whopping 56% vote share between them. However, these are early trends and will swing either way.Arti Singh and Shefali Jariwala are not safe by a mile. Though, Madhurima and Vishal are trailing the voting trends can change based on the performances in the upcoming week. A shocking twist is the presence of Paras in the bottom two as Vishal and Madhurima inch above Shefali and Paras’ vote share.

Is the Extended Voting Phase a Blessing In Disguise for Madhurima and Vishal?

In the end of the previous week of voting, Madhurima and Vishal were in the bottom two of the audience voting results. However, Bigg Boss decided not to have any eliminations last week and the voting lines continued with the same tally for this week. Surprisingly, Paras and Shefali’s vote share dropped and they entered the danger zone. It would be interesting to see if Madhurima and Vishal can swim above Paras’ and Shefali’s vote count for a couple of days to be officially declared safe.

Shefali Jariwala was the best and most powerful among the flurry of wildcard entries who entered the house a few weeks ago. However, after the eviction of Himanshi she lost her unity with Asim and flipped to take the sides of Siddharth Shukla again. This has gone down well with the audience. She is pretty silent and unnoticed in the house after he reunion with the Siddharth clan which is affecting her popularity as well her chances of safety this week.

Is Paras’ Upsurge Coming to a Halt?

Paras failed to have any credibility other than her usual rants and siding with Mahira. Never has he performed any task with utmost will and is known for his rants against fellow contestants in his bossy voice. However, it is a surprise to see Paras fall into the bottom three which makes the eviction drama more interesting for this week.

However, will all the contestants nominated this week, it would be interesting to see if Paras can continue to increase his presence in the elite club of the house.

Shefali Jariwala and Paras Chabbra are the bottom two as of today’s voting.