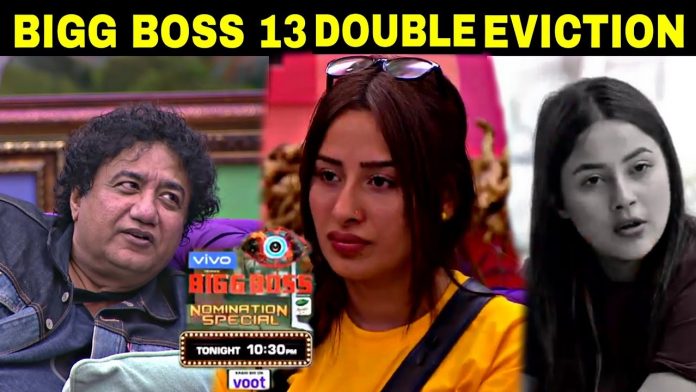 An interesting week in Bigg Boss 13 with some of the favourite contestants nominated for Elimination. Week 3 of Bigg Boss show has contestants like Rashami, Asim, Praras, Sidharth Dey, Abu Malki and Mahira nominated for eviction. Out of these Rashami is fan favourite and she has gained considerable amount of votes. The surprise is Asim Riaz who was not a well known face before Bigg Boss but has gained public support.


Asim Riaz is leading the voting results with 49% of vote, while Rashami is with 27% of vote, Abu Malik is at the last with 3% of vote while Siddharth Dey with 5% and Mahira with 7% of vote.

How will Mahira get eliminated if she has more votes than Siddharth Dey?

If there is double elimination this week and one of them is female then it will be Mahira and Abu Malik who will get eliminated. There are various reports that Salman Khan would announce about double elimination during weekend ka vaar episode and there will be a twist that one of them will be male and the other will be female. If that’s the case then Mahira Sharma will have to leave the Bigg Boss house.

It will be a shock for many as Mahira has a good fanbase, but Rashami is a well known contestant and people have seen her in Tv serials which has helped her to gain votes easily. Also Rashami is in the middle of daily controversy and Bigg Boss need her to maintain TRP, hence she will not be eliminated in the near future.