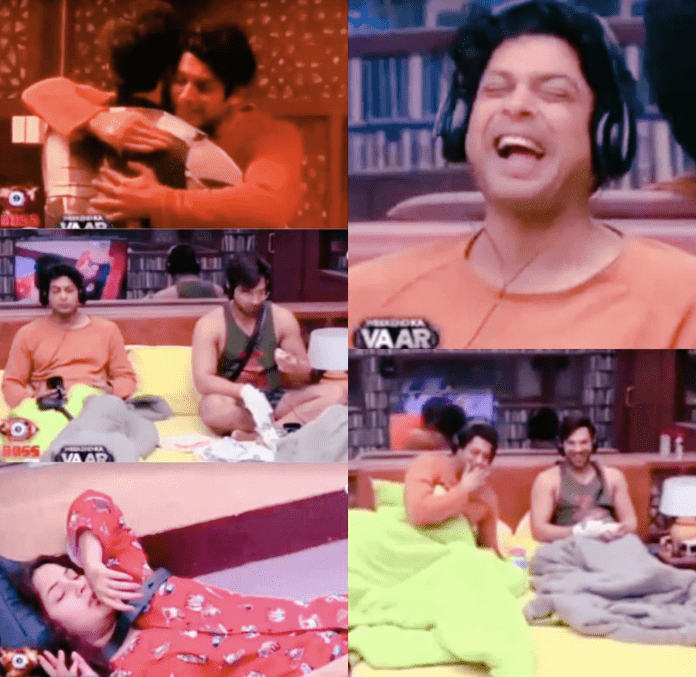 Bigg Boss 13 week 11 starts today Monday 9th December 2019 and we are in for a shock immediately as Sidharth Shukla is asked to leave Bigg Boss house and immediately we could see Shehnaaz Gill crying and feeling lonely. Sidharth Shukla then enters secret room where he meets Paras Chhabra who has returned to the secret room after the minor surgery. It’s expected that Sidharth Shukla and Paras Chhabra will enter Bigg Boss house mid week. Both Sidharth and Paras are observing closely what is happening in the house and enjoying the nomination process for week 11. Nomination this week happens in the traditional way where each contestant is called by Bigg Boss and they have to say two names for nomination and with reason on why they’re nominating them.
Here are the contestants nominated for Bigg Boss 13 Week 11 eviction


Who else will get nominated for this week’s eviction? Stay tuned.