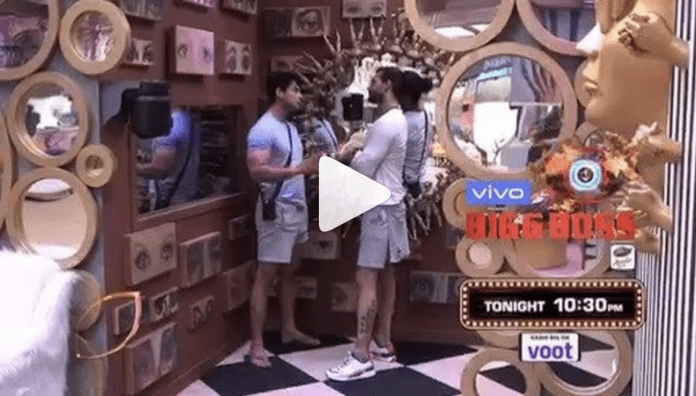 The reality of Bigg Boss 13, which is aired on Colors TV, is being seen with controversy more outside the house than the uproar in the house of Bigg Boss 13. In the TV show, regular fight between Sidharth Shukla and Asim Riyaz is increasing and the talk has reached a high point. At the same time, their fan clubs, which are supporting them outside the house, have also started fighting each other badly. Vindu Dara Singh, the winner of Bigg Boss Season 3, is supporting Siddharth Shukla out of the house and makes comments every day via tweets or interviews.


At the same time, Umar Riaz (brother of Asim Riaz), the contestant and model of the house, also stands in full support of his brother. But now both of them are at loggerheads with their favorite contestants. There has been a fierce fight between them on Twitter. The level of their fight has become so dirty that the two have started using words like ‘goo’ for each other. By reading these tweets, your forehead is going to turn around. You can see the status of this Twitter war started between Umar Riaz and Vindu Dara Singh through their tweets below.

Vindu Dara Singh and Umar Riaz clashed with each other

I am educated enough to understand who you pointed out that tweet too. Doctor to insanoon ka hoon sir but after seeing ur behaviour, jaanwaron ka bi banna padega. Chamanprash khao aur dimaag ki tandarosti badao! https://t.co/tzpvXiHzEG

And do let us know if you need to be felicitated as the first educated person on twitter!
Hum log to nalle hai!
You can pick up ur superiority feel and stuff it in somewhere!

As u claimed you are smart enough so I guess u will also understand what I mean by the above! 😇 https://t.co/dnnzicbQHZ

I dont need felicitation from a grown up adult like you who behaves like a kid !Oh yeah m smart enuff to understand that, also if u know me am a general surgeon, if i start shoving and packing up things you ll be in trouble.
Hope u are wise enough(if at all)to understand that! https://t.co/Sjl3Hp1vs3

If u ever went to school ull realize middle class is by ur earnings and doctor is by ur education, they have a difference. Get this guy into high school, enough of me being his tutor! 👎 https://t.co/RoaCM9ZRj5

He is a doctor, OMG he is a doctor! Well kid I’m not a ward boy who is here to blow smoke up your rear or a nurse on the operating table!
No I never went to school, I was home tutored!
U and that TinTin bro are nothing but bragging cats! https://t.co/bqn3EP4e0Z

Can somebody google up and see if he is a real surgeon and which hospital does he practise.
He seems to be on time every time on twitter!
Both bro’s hv same strategy- pick up a guy and try to chew him – DUDE THIS IS THE REAL WORLD NOT UR FANTASY F* LAND!

The battle between Siddharth Shukla and Asim Riaz is constantly getting dirty and terrible. Another glimpse of their fight is also to appear in the upcoming episodes. At the same time, to solve the issues between them, the makers have taken the support of Rohit Shetty who is going to come in the house and show the mirror to both.