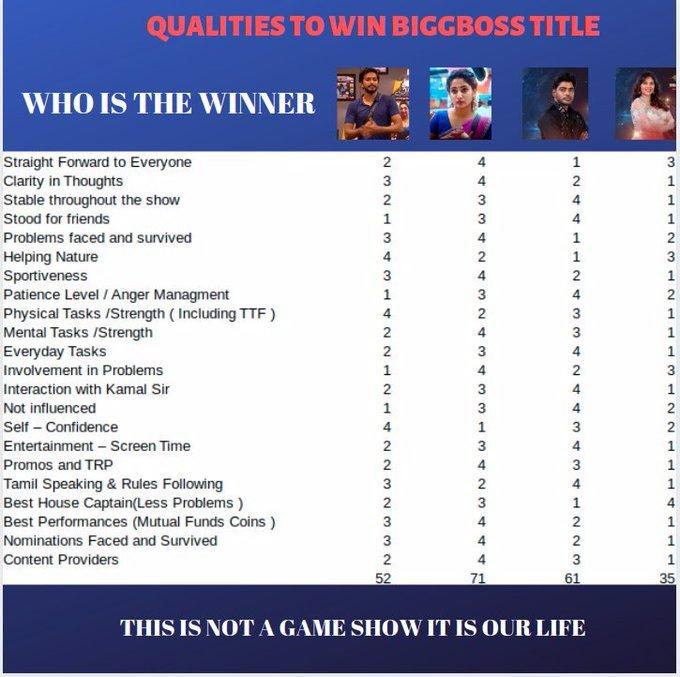 We all have high hopes that Mugen would be the winner of this show but silently Losliya is catching up on votes. Thanks to Losliya and Kavin army they’re making people vote for Losliya. If Kavin would have been in this show now he would have won it undoubtedly but he gave it up for Losliya as he wanted her to win the title over him. People were making fun of Kavin that he is just playing the game and has no intention of loving Losliya but he proved critics wrong and now his supporters are rooting for Losliya on Twitter.


Losliya came to Bigg Boss show as one of the favourites as she is a well known SriLankan news anchor among netizens. A Losliya army was formed even before she entered the show which shows the kind of support she was expecting to get. She is a dream girl for many of Tamil guys and she has proved that everytime it came for elimination she would get second maximum number of votes next to Kavin. This proves the power of her army.

There are every chance that Losliya may go on to win Bigg Boss 3 Tamil Title. It’s all in the hands of her fans and Kavin’s fans. You can vote for her in Hotstar app or by giving missed call to 836 7796 805