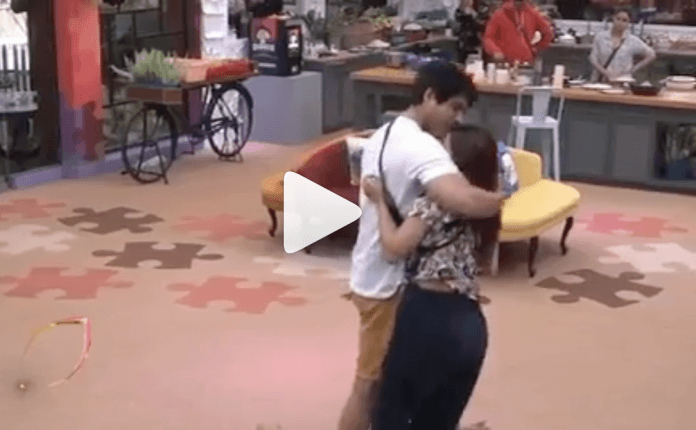 Siddharth Shukla and Shahnaz Gill’s friendship in Bigg Boss 13’s house looks different. Ever since Salman Khan has told both of them that their friendship is being liked a lot outside, both of them have taken away all their grievances and got hold of each other again. Recently, Shehnaaz Gill kissed on Siddharth’s forehead and that video went viral on social media with fans trending #Sidnaaz.


By the way, the bonding between them is also going to be seen in today’s episode. Today, while talking to Sidharth Shukla in the garden area of ​​the house, she will start piling up with him. Siddharth tries to catch Shehnaaz by running fast and she (Shehnaaz) runs inside the house to save herself.

According to the promo, Siddharth catches Shahnaz and after that Shahnaz is seen apologizing to him. Shehnaz apologizes to Siddharth saying that forgive me … I will press your feet from today … I will bow down and also respect you. On hearing Shehnaz’s words, Sidharth Shukla smiles and kisses her in front of everyone. Rashami Desai standing in the kitchen area is very happy to see Siddharth and Shehnaaz’s noises and she is unable to control without smiling.

See below, the cute fight between Siddharth Shukla and Shehnaz Gill …


Shehnaz and Asim’s horrific battle has taken place in the past
Asim had a fierce fight with Shehnaz during the luxury budget task. During this, Asim is calling Shehnaz quite the opposite, while on the same time, Shehnaz also tells him fiercely. By the way, how eager are you to see Shehnaaz Gill and Siddharth Shukla’s sour sweet altercation in today’s episode of Bigg Boss 13? Share your views in the comment section below.

It must be noted that Shehnaaz Gill is nominated for this week’s eviction.