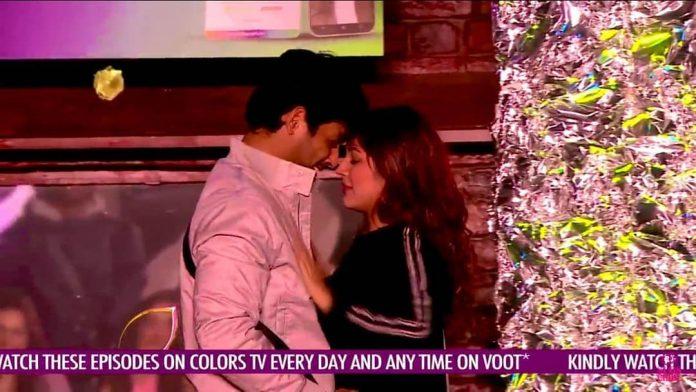 This Weekend Ka Vaar 28th December Bigg Boss 13 is going to be quite a blast. Even though you will not be able to see Salman Khan in the upcoming episodes today, Rohit Shetty, the producer-director of Bollywood blockbuster movies, is definitely going to come home and laugh and make the housemates laugh. After entry into the house, he will try to get friendship between the two by eliminating the distance between Asim Riaz and Siddharth Shukla. In which Siddharth Shukla (Sidharth Shukla) is going to be seen crying, then at the same time, the atmosphere of the house is going to change completely.


Because after this, the fans are going to see a very romantic dance between Siddharth Shukla and Shehnaaz Gill. Both are going to be seen swinging on romantic songs during a task given by Rohit Shetty. After watching this video, the breath of Sidnaz fans is going to stop. The promo makers have not even shared this funny video, but it has definitely leaked on social media and their fans have made it viral.

Rohit Shetty will get this task done
The makers of Bigg Boss have told about this task through this promo video. Where the housemates will be seen doing a lot of fun tasks according to a situation. The special thing is that in this video, not only Sidnaz but Paras Chhabra and Mahira Sharma will also be seen swinging on romantic songs.

Looking at the promos coming out, it seems that this episode is going to be very bang. So are you excited to watch this upcoming episode. Can tell us by commenting.