Meanwhile, Rashami and Devoleena are back in the house. The game is likely to take a swift turn and it would be interesting to see how the wildcard contestants react to their return.

Tehseen and Mahira are among the two to be likely evicted this week. However, the tussle for captaincy is likely to catch the headlines before Weekend ka vaar for week 6.

Arti Singh had to choose between Himanshi Khurana and Shefali Jariwala. 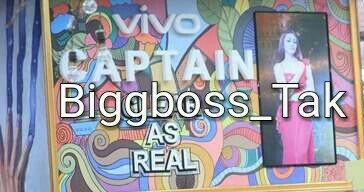 A week ago, Arti Singh was crowned as the first Vivo captain of Bigg Boss 13. Though the contestants voted her for the least deserving criteria, Bigg Boss threw a twist on the table. However, Arti’s week is done now and it is time for the housemates to have a new captain.

A few days ago, Asim Riaz and his team won the ‘BB Transport Service Task’ which was the captaincy task for the week. Asim nominated Himanshi and Shefali’s names for captaincy this week.

Out of this, Arti Singh chose Shefali’s name for captaincy.

Are you happy with Shefali becoming the new Vivo Captain of the Week? Let us know in the comments below.