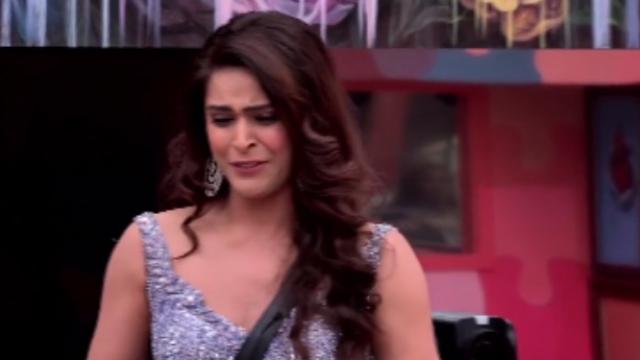 In Bigg Boss 13, the journey of serial ‘Chandrakanta’ fame and Nach Baliye 9 fame Madhurima Tuli ended in the episode of Weekend Ka Vaar on Saturday 18th January 2020. Let us tell you, she had such a feud with her ex-boyfriend Vishal Aditya Singh that Salman Khan, the host of the show, ordered her out of the house. Madhurima beat Vishal with a pan two days ago after a fight with Vishal. Madhurima was angry with Vishal that he poured water on him. After the fight between Vishal and Madhurima, both were sentenced to jail by Bigg Boss. When Salman Khan brought Weekend Ka Vaar to the Bigg Boss house, he explained to them during that time but eventually Madhurima was thrown out of the house.


The fight eventually lead Madhurima Tuli out of the house, Madhurima Tuli also told about the fight with ex-boyfriend Vishal Aditya Singh in post eviction interview – ‘He used to provoke me constantly inside Bigg Boss house. I regret very much that I beat the person I loved the most. If she did not do this in Bigg Boss house then she could have stayed for a lot longer as she received more votes compared to other housemates who were at the bottom of Voting poll. ‘

When both the fans of Madhurima Tuli and Vishal Aditya Singh saw the fight in Bigg Boss 13 house, they severely criticized them for their actions. In particular, Madhurima Tuli was criticised and trolled on social media as she angrily beat Vishal with a pan. When its video was released on social media, the number of people who spoke against Madhurima Tuli suddenly increased. Do you agree with Madhurima Tule eviction during weekend ka vaar? Comment below.